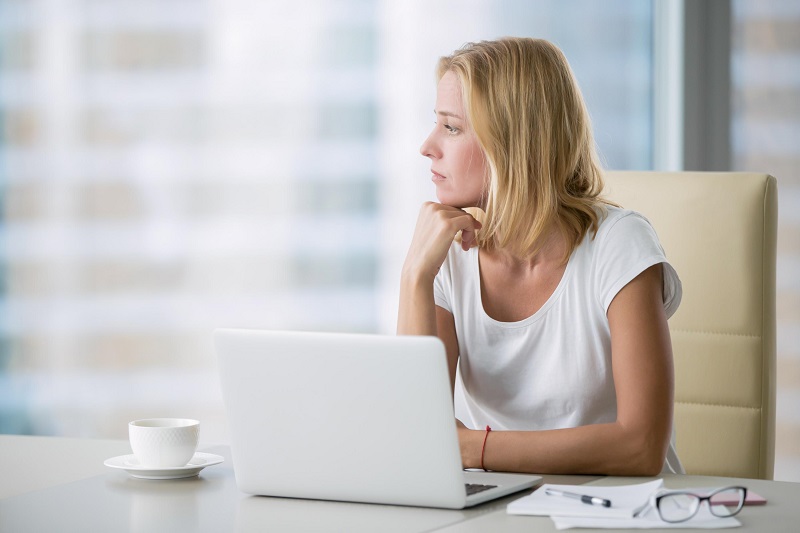 “People with efficient brains may have too much brain capacity to stop their minds from wandering,” said Eric Schumacher, the Georgia Tech associate psychology professor who co-authored the study.

Schumacher and his students and colleagues, including lead co-author Christine Godwin, measured the brain patterns of more than 100 people while they lay in an MRI machine. Participants were instructed to focus on a stationary fixation point for five minutes. The Georgia Tech team used the data to identify which parts of the brain worked in unison.

“The correlated brain regions gave us insight about which areas of the brain work together during an awake, resting state,” said Godwin, a Georgia Tech psychology Ph.D. candidate.

“Interestingly, research has suggested that these same brain patterns measured during these states are related to different cognitive abilities.”

Once they figured out how the brain works together at rest, the team compared the data with tests the participants that measured their intellectual and creative ability. Participants also filled out a questionnaire about how much their mind wandered in daily life.

Those who reported more frequent daydreaming scored higher on intellectual and creative ability and had more efficient brain systems measured in the MRI machine.

“People tend to think of mind wandering as something that is bad. You try to pay attention and you can’t,” said Schumacher. “Our data are consistent with the idea that this isn’t always true. Some people have more efficient brains.”

How can you tell if your brain is efficient? One clue is that you can zone in and out of conversations or tasks when appropriate, then naturally tune back in without missing important points or steps.

“Our findings remind me of the absent-minded professor — someone who’s brilliant, but off in his or her own world, sometimes oblivious to their own surroundings,” said Schumacher. “Or school children who are too intellectually advanced for their classes. While it may take five minutes for their friends to learn something new, they figure it out in a minute, then check out and start daydreaming.”

Godwin and Schumacher think the findings open the door for follow-up research to further understand when mind wandering is harmful, and when it may actually be helpful.

“There are important individual differences to consider as well, such as a person’s motivation or intent to stay focused on a particular task,” said Godwin.

Out of curiosity, how many participants, or what percentage of participants focused on the stationary fixation point for the entire five minutes?

Also, does this ‘mind wandering’ and the ability of ‘zoning in and out of conversations or tasks when appropriate’ relate to people with disorders such as bipolar or even OCD or ADHD?