Considering the Nature of our Left and Right Hemispheres’ Engagement 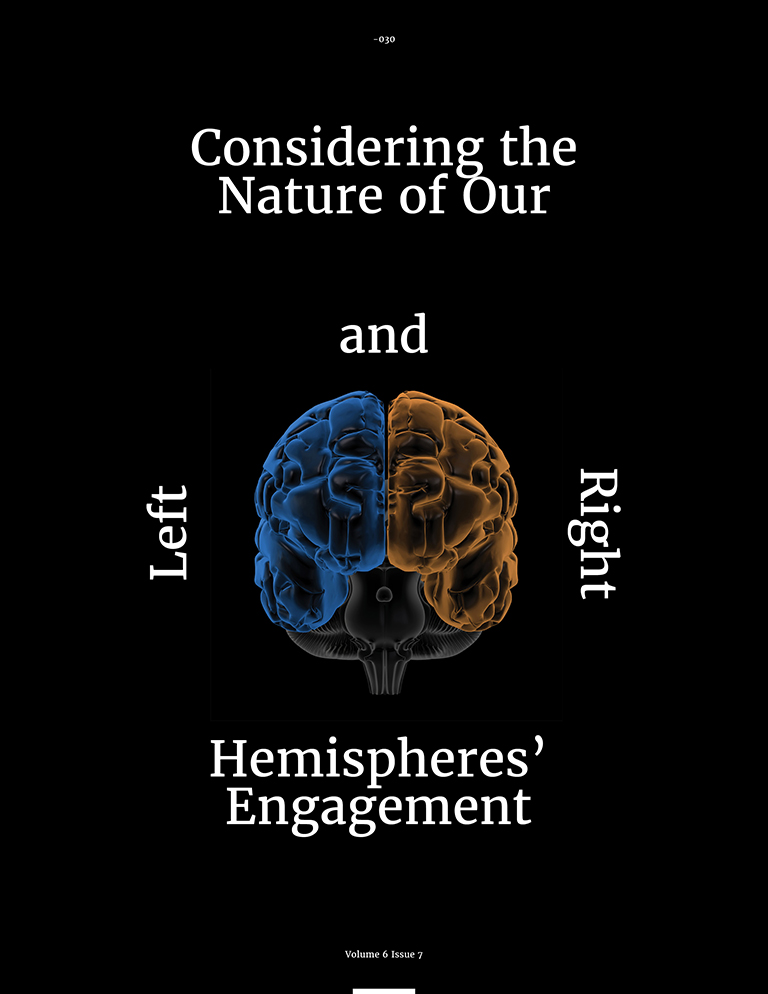 The following is an edited transcript, presenting selected highlights from a conversation between Dr. Allan Schore and Dr. Iain McGilchrist for the GAINS Living Journal webinar series. The full version can be viewed in the members area of www.mindgains.org. Dr. Mary Meador, board member at GAINS, facilitated the discussion and introduced the speakers.
Transcript reproduced with permission from the Global Association for Interpersonal Neurobiology Studies (GAINS)

Introductions
Mary: Welcome to this very special GAINS Living Journal presentation with Dr. Allan Schore and Dr. Iain McGilchrist. This webinar is titled “Considering the Nature of Our Left and Right Hemisphere’s Engagement.”

Some of us look to neurobiology to help us understand the science of what it means to be human, to appreciate how our experiences shape us and impact us, and in turn, shape the way we experience the world. That interaction with the world requires the right hemisphere’s broad attention, which is inclusive and opens us up to possibility. This activity is coupled with the left hemisphere’s narrow attention, which collapses the world into specificity and certainty. 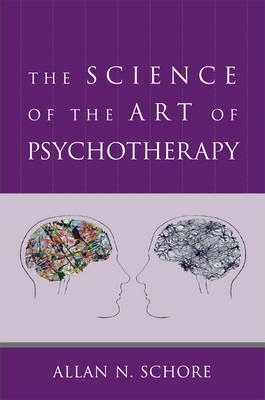 Dr. Allan Schore is on the clinical faculty of the Department of Psychiatry and Biobehavioral Sciences at UCLA David Geffen School of Medicine. He’s the author of four seminal volumes, most recently, The Science and the Art of Psychotherapy (Norton, 2012). Soon Norton will publish two more books: Right Brain Psychotherapy and The Development of the Unconscious Mind. Allan’s contributions appear in multiple disciplines: infant mental health, attachment theory, trauma studies, behavioral biology, and more. He’s the past editor of the Norton Series on Interpersonal Neurobiology. He’s won multiple awards, including an award for outstanding contributions to practice in trauma psychology.

Dr. Iain McGilchrist is a former Fellow of All Souls College, Oxford, a Fellow of the Royal College of Psychiatrists, a Fellow of the Royal Society of Arts, and former Consultant Psychiatrist and Clinical Director at Bethlem Royal Hospital in South London. He’s been a research fellow in neuroimaging at Johns Hopkins Hospital in Baltimore. He’s published original articles and research papers in a wide range of publications on topics of literature, philosophy, medicine, and psychiatry. He’s probably best known for his 2009 book, The Master and His Emissary: The Divided Brain and the Making of the Western World (Yale).

He’s currently working on a film entitled The Divided Brain, though we’re not sure of the exact release date; but a film by Bruce Parry, called Tawai: A Voice from the Forest, is a fabulous film that features a lot of work that Iain has done, and the concept of looking at the world from the right-brain perspective, and the necessity of doing that in terms of moving forward in our universe.

Iain is also currently writing a book entitled There Are No Things for Penguin Press. Iain joins us right now from his home in Scotland. Thank you for being here. Welcome Iain and Allan.

Iain: Thank you very much. I want to say what a pleasure it is to be talking to Allan, partly because he’s had an enormous influence on me. When I was working away in obscurity at the topic of hemisphere difference, he was a shining light of somebody who really had looked at this in some depth and was saying something different from the normal run of things in the world of pop psychology. He gave me heart that such intelligent things were being said and could be said. So, it’s great to be with you, Allan. 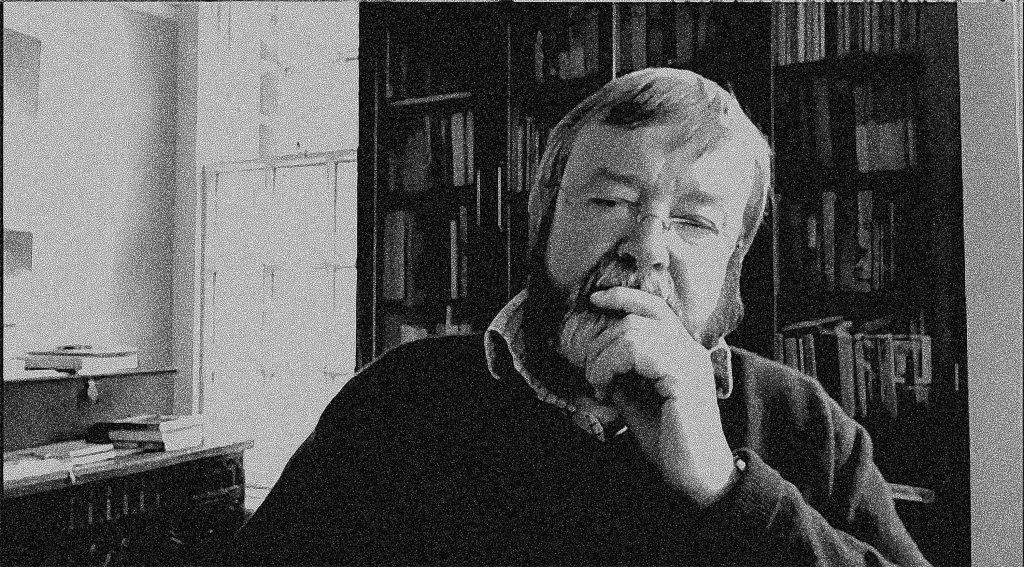 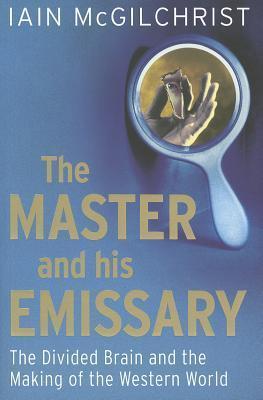 Continuing forward, I talked about the early attachment relationship between the mother and the infant. Now I am talking more and more about the father and the infant, and how that would show up in emotional communications within the therapeutic alliance and occur at nonverbal levels beneath conscious awareness through expressions like prosody and gesture. But, at the heart of what really was expanding, were my ideas about clinical re-enactments. If there was early attachment trauma, then that would be re-enacted within the therapeutic alliance, beneath the words, especially among patients who had experienced early trauma and were seen as being refractory to psychotherapy. They could not be helped by the “talking cure” because interpretations were problematic with these patients. I was suggesting that in such cases, in personality disorder and borderline personality disorder, that they would re-enact the trauma.

The key was whether the empathic therapist would remain psychobiologically connected to the patient in order to pick up these unconscious communications beneath the words. To be able to pick them up at a bodily level, so to speak—an imagistic level—and then be able to take these communications, to regulate the communications, so that, instead of the old idea whereby the therapist would remain up left while the patient propped down right into the intense negative affect, literally they both would make the journey together down into the intensive right hemisphere affect.

This fits in very much with the strong emphasis these days on the relational trend in psychotherapy, and the move into two-person models. What I ended up with is that either the location of the trauma can lead to a compulsive repetition of the same problematic situations, or, if the therapist is creative at that point in time, and spontaneous, while remaining connected to the patient, they can regulate the state.

The key here is the idea about empathy, and that the therapist must be psychobiologically attuned to the internal sense of the patient—and again, beneath the words, what is resonating with those states, and is synchronizing with those states, so that they are in “synchronization”, which is the same term I use for what you see in mother-and-infant attachment. 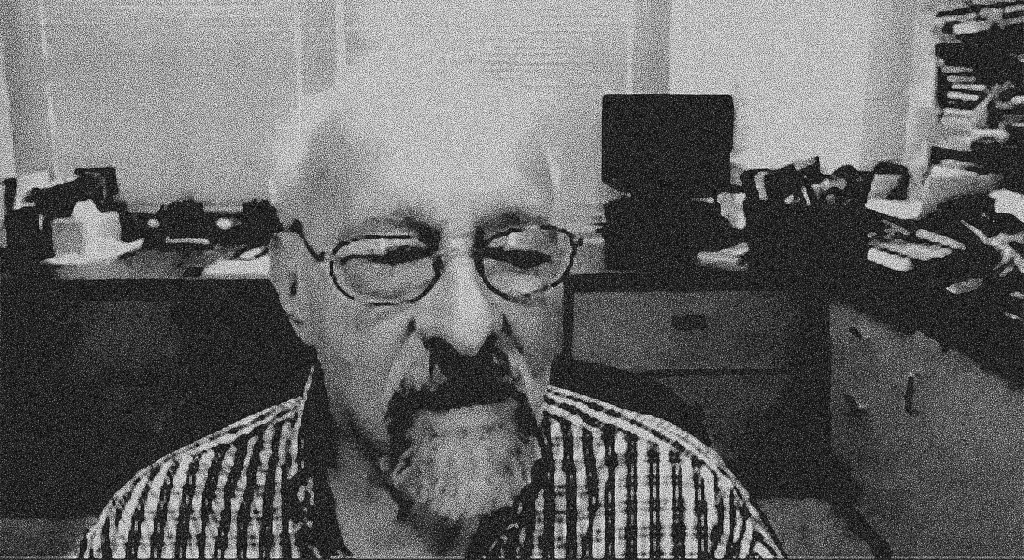