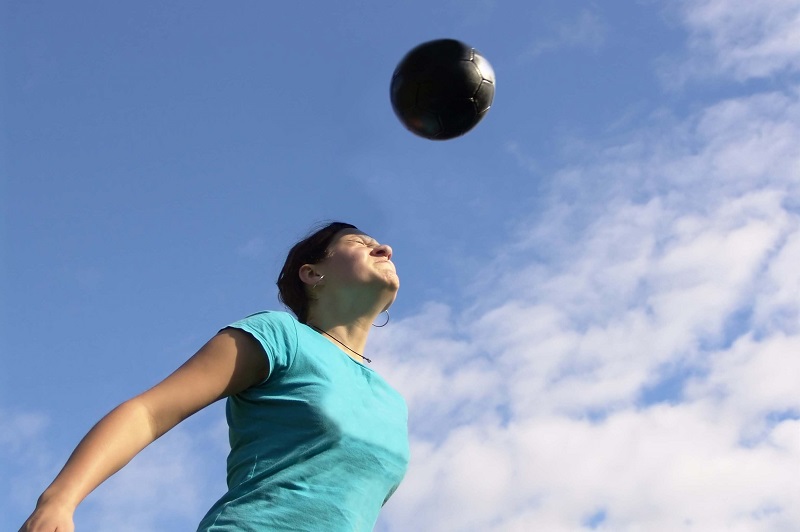 Do concussions affect women differently than men? What impact do they have on a person’s psychological health?

Researchers at Rutgers School of Health Professions – with the assistance of Rutgers Athletics – are working on two studies investigating these answers to better prevent concussions and improve recovery time.

The first study, “Neurocognitive Function in Varsity Athletes” – which assesses male and female Rutgers University–Newark varsity athletes pre- and post-season as well as post-concussion – is among the first to examine how concussions affect women.

“Much of the studies done to date assessed people only after they sustained a concussion. The only way we can understand the sex differences is by using the same assessments for men and women starting in pre-season to give a baseline,” says lead investigator Carrie Esopenko, an assistant professor in the Department of Rehabilitation and Movement Science.

Esopenko, whose team includes faculty and students from the physical therapy program, assesses athletes pre- and post-season with behavioral testing and MRIs, which will be repeated two days, two weeks and two months following a concussion.

The team is looking at a range of athletics – basketball, soccer, tennis, cross country, track and field, volleyball, baseball and softball – to examine sex differences in head injuries as well as sub-concussive impacts that occur in contact versus non-contact sports.

Increasing awareness of contact in women’s sports – such as in soccer where goals are scored with the head – is fueling an interest in female-focused studies. “We would like to determine the best ways to pre-empt injuries,” Esopenko says. “For example, we are looking at how neck strength affects an injury’s severity. Concussions are a transfer of force. When males, who generally have stronger necks, hit their heads, we think the force is more likely to be transferred into the rest of the body compared to women, whose heads may take the brunt of the impact due to decreased neck strength.”

Esopenko’s second study, “Psychological Symptoms and Coping Strategies in Varsity Athletes,” examines how experiencing an injury – in particular, a concussion – as a student-athlete affects psychological health. Working with athletic trainers at each of Rutgers’ locations and with faculty from the physical therapy program and Department of Kinesiology and Health in the School of Arts and Sciences, she is recruiting athletes to complete an online survey that assesses psychological symptoms, substance use, stress and pre-injury physical and psychological health. Members of the public who have experienced a concussion also can participate (see link below). The survey’s goal is to determine if there are differences in psychological symptoms and coping between athletes and non-athletes after injury.

“After an injury, most people recover in a few weeks, but up to 30 percent take months or years. We want to see if athletes who, say, tear their ACL have the same psychological outcomes as those with a head injury,” she says. “Are psychological issues caused by the fact that an athlete has a brain injury or does the brain injury unmask a psychological condition that causes prolonged impairment?”

By surveying the public, Esopenko is researching if non-athletes show more psychological issues after injury since they do not have athletes’ access to trainers and medical teams. “Our goal is to use this data to develop education programs to teach athletes the symptoms of mental health conditions resulting from injury and know how to get services,” she says. “Also, by understanding how many athletes are exposed to injury versus how many actually get injured, we can work with the trainers to isolate specific activities or drills that result in more injuries.”

As Rutgers’ primary investigator for the Big Ten/Ivy League Traumatic Brain Injury Research Collaboration, the team is collecting data to assist this broader observational study into the causes and effects of concussions and head injuries in college student athletes.

“We don’t understand the long-term outcomes of concussions, especially with female, college or recreational athletes who might not experience as many impacts as the pros,” she says. “The results of our studies can help us prevent and better diagnose injuries on the field and create a multidisciplinary team to provide the best care. No concussion is the same, no outcome is the same and no one person can treat all the symptoms.”