The idea that a dog is man’s best friend is so widely accepted in western societies that it has rarely been systematically investigated by researchers. Nevertheless, while it might seem clear that pets are sometimes a profoundly positive influence on the lives of their owners, people vary enormously in terms of the quality of their relationships, human and animal alike, and the benefits derived from them. For that reason we need empirical research to determine how important pets really are to children, whether they are generally beneficial, and under what circumstances.

Humans and animals have a long history together. Cave paintings dating back over 30,000 years depict animals such as buffalo, horses, reindeer, wolves, and boars. For most of the Palaeolithic period, the relationships between humans and animals were ones of simple necessity; early humans competed for resources with animals, hunted them and were hunted by them. In the last 150,000 or so years, however, these relationships started to change with the domestication of animals for food, materials and labour. Early modern humans began relying increasingly upon, and spending more time alongside, animals, which were at the same time becoming evermore well suited to life with humans. Eventually, animals inevitably became providers of companionship and objects of affection to their human counterparts.

Today, around 70% of North American and UK families with young children own a pet. However, the impact of pets on children’s lives is understudied and poorly understood. Researchers in the field of Human-Animal Interaction have been working towards addressing this gap in our understanding by focusing on the role of pets in our lives. Compared to the owners of other pets, dog owners have previously been found to be more likely to derive a sense of safety, companionship, and security from their pets, and to perceive them as more responsive and affectionate. Factors that contribute to differences in the quality of human-animal relationships are of great interest because the magnitude of the benefits derived from these relationships is related to their quality. 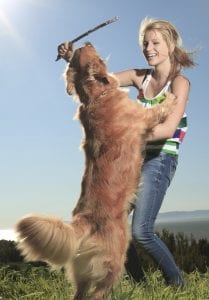 Pets may be especially significant to young people, aiding them in their social and emotional development, and serving as important substitutes for human attachment figures. Children consider their relationships with their pets as among their most important, report strong emotional bonds with their pets, spontaneously list pets when asked to name close friends and providers of social support, report turning to their pets when feeling sad, identify pets more often than humans as providers of comfort, and rely on their pets as playmates and confidants. It nevertheless remains unclear how the child-pet relationship compares with child-human relationships.

Our primary findings were that:

This research adds to increasing evidence that children’s relationships with their pets are among their strongest and most positive. Not only do children derive more satisfaction from their pets than their siblings and get along with them better, but children also confide in their pets just as much as with their siblings. In this way, pets may be a valuable social resource for children and may have a positive influence on their social adjustment and emotional wellbeing. Ultimately the findings of this research may enable the field of human-animal interaction to explore further how animals can contribute to healthy child development.

Having demonstrated the relative importance of positivity of children’s relationships with their pets, future research should examine the extent to which the quality of child-pet relationships is associated with young people’s social and emotional wellbeing. Such findings could in turn have broad applications such as informing clinical strategies regarding best fit for animal-assisted therapy, providing insight into resilience if pets prove to be an important protective factor against the impact of adversity, or identifying risk factors or indicators of maladjustment if aspects of
child-pet relationships prove to be related to psychopathology.

Original Study One of the family? Measuring young adolescents’ relationships with pets and siblings. 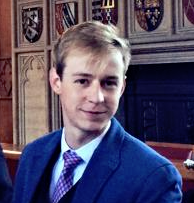 Matt Cassels had at least 10 pets when he was growing up and yet it hadn’t occurred to him to think about how important his relationships with them were…until he came to Cambridge and started working on a rich data set from the Toddlers Up Project led by Professor Claire Hughes at the Centre for Family Research. This 10-year longitudinal study of the social and emotional development of a diverse group of children from over 100 families recruited at the age of two included a section on children’s relationships with their pets, as well as a broad range of other data from the children, their parents, teachers, and siblings. The study has so far led to the publication of 17 journal articles, several chapters and a book titled Social Understanding, Social Lives, which won the 2013 British Psychological Society Book Prize. Matt was looking for a research topic for his MPhil in Social and Developmental Psychology. He says: “The data on pet relationships stood out as it had never occurred to me to consider looking at pet relationships even though my own experience of pets while I was growing up was so important. This was a really amazing opportunity.” Before coming to University of Cambridge, Matt completed a BA in Psychology and English literature at Queen’s University in Canada. He is currently completing a PhD in the Department of Child and Adolescent Psychiatry at the University of Cambridge on a Gates Cambridge Scholarship.