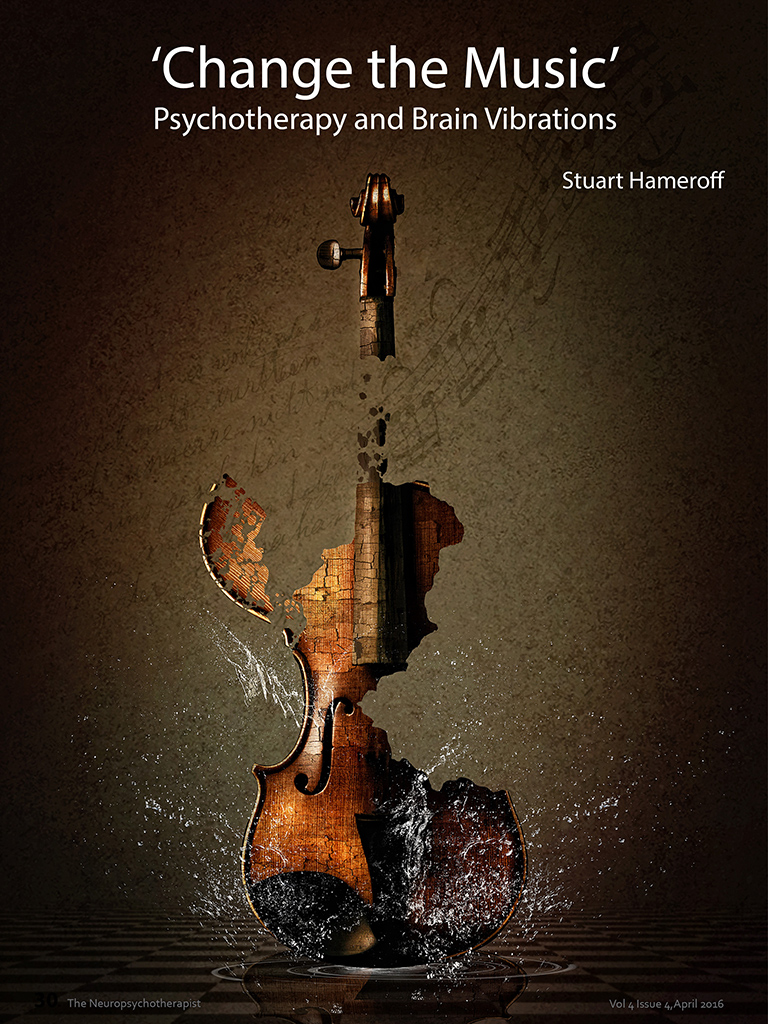 Psychotherapists have recommended treating certain mental disorders by soliciting traumatic memory and providing concomitant positive emotional experience to “reconsolidate” alternative memories—overwriting, if not erasing, mental trauma and leading to psychotherapeutic benefit (e.g., Lane, Ryan, Nadel, & Greenberg, 2015). However, these worthy efforts have lacked (as does science in general) actual neurobiological mechanisms for emotional experience (consciousness) and memory (encoding, consolidation/reconsolidation, storage, and recall). When asked why he robbed banks, the notorious criminal Willie Sutton famously answered, “Because that’s where the money is!” To delete or overwrite traumatic memories, we need to know where and how they are encoded and consolidated. And improving conscious experience, the essential therapeutic goal, would be far easier if we knew how consciousness actually occurred in the brain.

It is my contention (definitely a minority contention, but one supported by evidence) that in contrast to conventional wisdom, both memory and consciousness are rooted inside brain neurons, in vibrational states of cytoskeletal protein polymers called microtubules.
Mainstream science considers consciousness to be an emergent product of synaptic computation among brain neurons, the state of each neuron acting as a fundamental unit of information, that is, a “bit”. But computational views about consciousness lack specifics and fail to generate testable predictions. Without having synapses or participating in a network, single-cell organisms such as paramecia exhibit cognitive behaviors—finding food and mates, having sex, and learning, for example—using their internal microtubules for information processing and movement. These same microtubules are found inside all cells, including brain neurons, as major components of the cytoskeleton. Self-assembling lattice polymers of the protein “tubulin” (the brain’s most prevalent protein), microtubules grow and shape neurons and form and regulate synapses. Stemming from a suggestion by famed neuroscientist Charles Sherrington in the 1950s, microtubules have been likened to the “cell’s nervous system”. Their lattice structure and organizational abilities have prompted suggestions that microtubules process and store information and perform computation (Hameroff & Watt, 1982; Rasmussen, Karampurwala, Vaidyanath, Jensen, & Hameroff, 1990). Microtubule disruption and loss of “tau”, a microtubule-associated protein, correlates with cognitive dysfunction, for example in Alzheimer’s disease.
A maverick theory of consciousness, the Penrose-Hameroff orchestrated objective reduction (Orch OR) theory (see, e.g., Penrose & Hameroff, 1995; Hameroff & Penrose, 2014) suggests quantum vibrational computations in microtubules inside brain neurons (a) produce conscious experience, and (b) regulate neuronal firings, behavior, and synaptic plasticity. In Orch OR, microtubule quantum vibrations are “orchestrated” (Orch) by synaptic inputs and memory (encoded in microtubules) and terminated by “objective reduction” (OR), Penrose’s solution to the measurement problem in quantum mechanics (Penrose, 1989).
Orch OR has been viewed skeptically and harshly criticized, as the brain has been considered too “warm, wet, and noisy” for seemingly delicate quantum effects. But in recent years, functional quantum biology has been recognized at ambient temperatures in photosynthesis, bird navigation, olfaction, and in microtubules. Single, isolated microtubules and bundles of microtubules inside active neurons have been shown to have quantum resonant vibrations in megahertz and kilohertz frequencies (Ghosh et al., 2014; Sahu, Ghosh, Ghosh, et al., 2013; Sahu, Ghosh, Hirata, Fujita, & Bandyopadhyay, 2013). Orch OR further suggests microtubule vibrations (e.g., in megahertz) interfere to cause music-like (electrophysiological) “beats” seen as EEG rhythms (Hameroff & Penrose, 2014). Indeed, microtubule resonant vibrations, and consciousness, have been said to resemble music more than computation (Ghosh et al., 2014; Hameroff, 2015). Recent evidence also shows that anesthetics (which selectively erase consciousness) act on microtubules rather than membrane receptors as is generally assumed (Emerson et al., 2013). The maverick Orch OR theory has far more supportive evidence than any mainstream approaches to consciousness.