Why the Buzzed Brain Thinks It Knows What It’s Doing 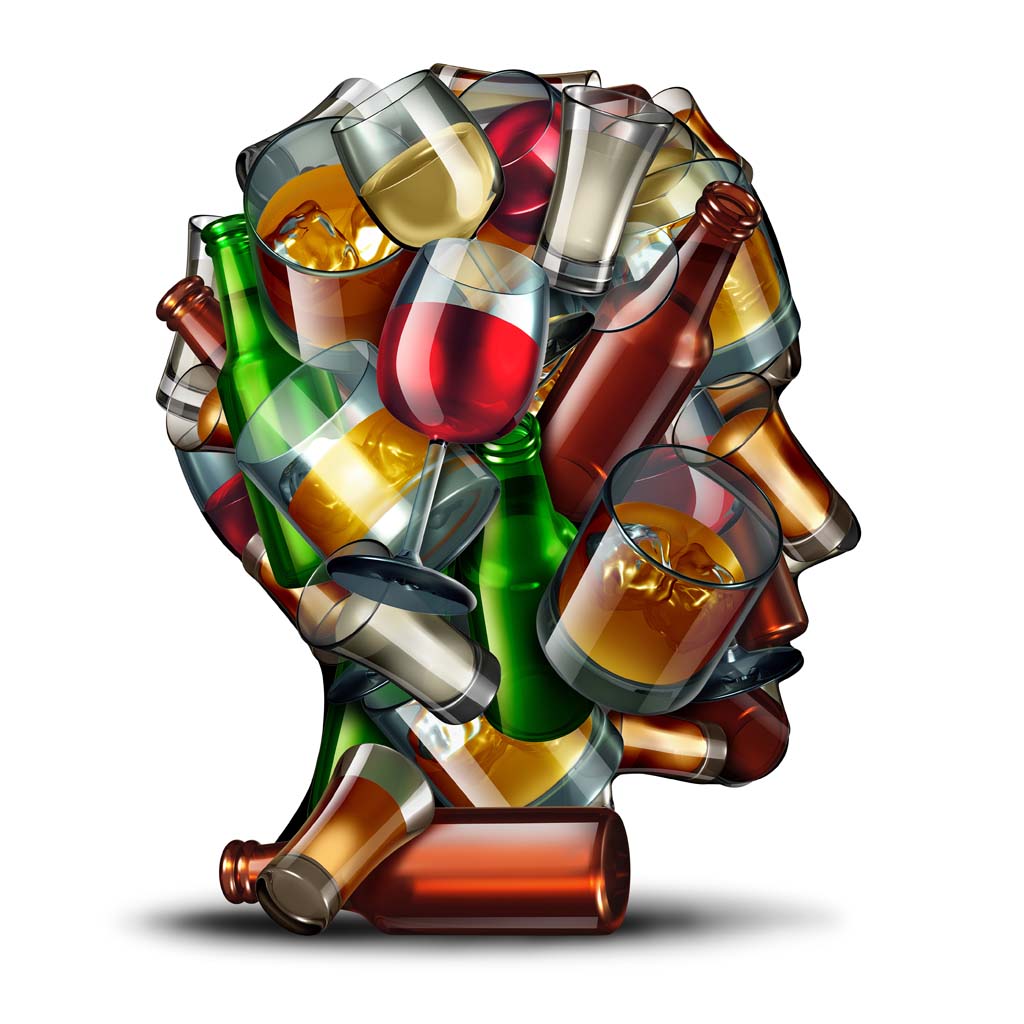 A new SDSU study takes a deeper look into alcohol’s effect on cognition.

We all know that alcohol impairs our judgement, alertness and performance on tasks requiring attention, but the mechanism behind booze’s effect on cognition still isn’t well-understood. Now, a new study led by psychologists at San Diego State University sheds light on the question of why people feel like they are in complete control of their actions when they’re drinking even while their cognitive control is clearly impaired. The results could help explain what goes on at the neural level when people who’ve been drinking decide they’re okay to drive.

In a recent study published in the journal PLOS ONE, a team led by psychologist Ksenija Marinkovic, director of SDSU’s Spatio-Temporal Brain Imaging Laboratory, recruited 18 young, healthy volunteers to participate in an experiment measuring their cognitive control while distracted. The volunteers sat in a brain imaging machine called a MEG scanner and watched a series of colored squares appear on a screen.

Even though the participants understood what they were supposed to do, it’s not easy to disregard the irrelevant side squares, which are known as flankers, explained study co-author Lauren Beaton, a graduate psychology student at SDSU.

“They unconsciously begin preparing to respond, as the flankers prematurely elicit automatic motor response before the actual target appears,” she said. “To do this successfully requires recruitment of cognitive control. That means having the capacity to monitor attentional demands and respond to them flexibly.”

“At its peak, theta power under alcohol decreased to roughly half of placebo levels.”

It’s a difficult enough task when sober, but the volunteers also took the task after consuming an alcoholic beverage, as well as during a placebo phase. During all three conditions (sober, placebo and alcohol) the scientists used the imaging machine to measure brain waves known as beta and theta oscillations, which are waveforms produced by the brain’s electrical activity.

The researchers found that after participants drank alcohol, their beta waves during the color-choosing task seemed perfectly normal—but their theta waves dropped sharply in frequency.

“At its peak, theta power under alcohol decreased to roughly half of placebo levels,” Beaton said.

After drinking, the volunteers’ accuracy at the color-choosing task also fell by about five percent whenever the flanker squares didn’t match the target square. Interestingly, reaction time stayed about the same. Taken together, the results suggest “that alcohol primarily induces deficits during decision-making, and not while executing motor commands,” Beaton said.

In other words, the brain still thinks it’s making the right choices, even though its ability to do so is impaired.

That pernicious effect is especially troublesome for a task like driving, Beaton added.

“When driving, we usually operate on auto-pilot, going through the motions automatically and without much conscious thought,” she said. “However, occasionally we have to quickly react to stimuli, such as when a car cuts you off. You must be able to override automaticity and use cognitive control to safely navigate the situation. But when drivers are intoxicated, they are less successful at making these quick changes.”