Bridging the evidence-based gap: From pathological narcissism to narcissism survivors

Bridging the evidence-based gap:
From pathological narcissism to narcissism survivors 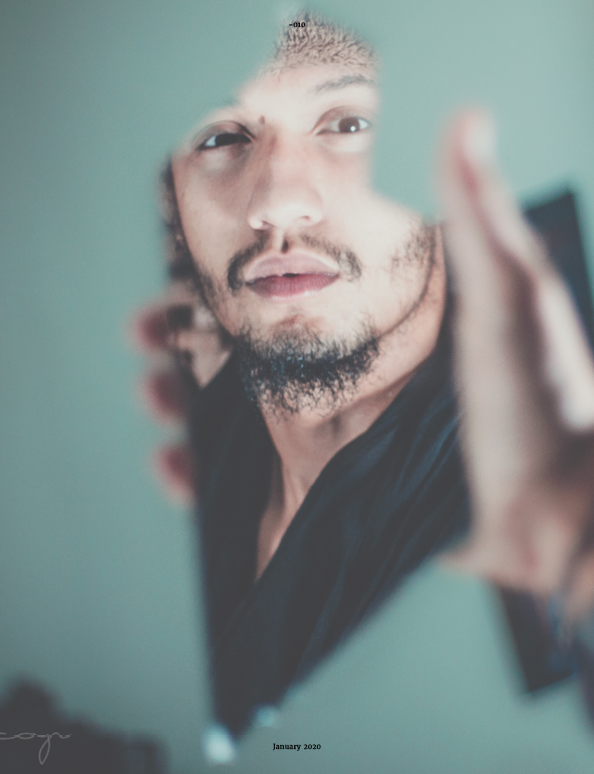 Psychological evidence-based research on narcissism has traditionally been divided into two main streams: Social-personality psychology focusing on Trait Narcissism (Campbell & Foster, 2007; Morf & Rhodewalt, 2010) and clinical psychology and psychiatry studying psychopathology of Narcissistic Personality Disorder (NPD) (American Psychiatric Association, 2013). As a result, theory-rich clinical frameworks have been separated from data-rich empirical approaches in social-personality psychology, leading to inevitable conceptual confusion (Campbell & Miller, 2011). Clinically oriented theorists have been emphasizing narcissistic vulnerability whilst social-personality researchers have centred around narcissistic grandiosity which ironically have become the focus of NPD diagnosis in the Diagnostic and Statistical Manual of Mental Disorders (5th ed.; DSM–5; American Psychiatric Association, 2013). Whilst significant attempts were made to marry diverse groups of narcissism researchers and clinicians, startling gaps in evidence-based research on narcissism and familial concepts keep being brought into light to this day (Day, Bourke, Townsend, & Grenyer, 2019a; Miller et al., 2017). That is, conceptual dealings around narcissism in evidence based psychology seemed to have left devastating experiences of Narcissism Survivors unattended, which, not surprisingly, have been well captured world widely by advocacy and self-help community (Hintjens, 2015; Manne, 2015; Manson, 2019; Narcissist Abuse Support, 2019; Patients Like Me, 2019; Reddit, 2013; World Narcissistic Abuse Awareness Day (WNAAD), 2019). This article provides a brief history of the concept of narcissism and outlines the evidence-based research gap pertaining to narcissism survivors as well as most current and future research endeavours. The article concludes with a case study which offers a graphic example of pathological narcissism and its impact on narcissism targets in the context of romantic relationships.

A Brief History of Narcissism

Lots of cornerstone psychological concepts emerged from Ancient Mythology (see, for instance, psyche or mania) and narcissism is no exception. The classic mythological notion of narcissism was introduced by the Roman poet Ovid in 8 C.E. in the Narcissus story as a part of his collection of stories named Metamorphoses (Ovid, 2004). In this story, Narcissus is a young man who was condemned to the futile love of his own reflection as a response to the unrequited love of others. His demise comes from the recognition of himself, following which he fades away in a pool of blood and transforms into a white narcissus flower. The earliest known Greek version of the Narcissus story by Parthenius of Nicaea concludes with his suicide (Hutchinson, 2006). Of note is that, according to Campbell & Miller (2011), this account forecasted psychoanalytic propositions that narcissism is associated with intense despair and self-blame.

In the Historical overview of pathological narcissism, professor Brin Grenyer (2013) says that at the time of Ovid, the narcissus flower served as a component of a balm which was used in temples as well as a narcissus oil, which had a narcotic effect. The word “narcotic” itself comes from the name narcissus. It is further speculated that the Narcissus myth was also about a “narcissistic bliss”—a euphoric self-state similar to the “high” experienced by a drug addict. In fact, the word narcissus comes from the Greek word ‘νάρκη’ (nárkē) for sleep or numbness (Campbell & Miller, 2011; Grenyer, 2013). No wonder that modern analytic theories see drug abuse as stemming from intense narcissistic conflicts (Wurmser, 1974) and is indeed highly comorbid with NPD (Karakoula, & Triliva, 2016).

Some psychoanalysts also noted narcissistic use of psychotropic substances as self-objects, which allows mirroring the grandiose self or merging with the omnipotent idealized object when being under the influence (Kohut, 1977). After all, what could be the easiest way to spurn the void inside oneself? To avoid self-awareness? Experience a grandiose self-state (Kernberg, 1975)? Regulate self-esteem and affect (Ronningstam, 2005)? Manage narcissistic rage (Dodes, 1990)? Recover from shame (Ulman & Paul, 2006)? Restore narcissistic homeostasis after a narcissistic injury (Wurmser, 1974)? To purely cope with boredom (Kernberg, 2009)?

Interestingly, all mythology pieces involving Narcissus included an erotic component and tragic ending whether it was around homosexual love, self-love, unrequited love, or intra-familial incest (Grenyer, 2013). It is also proposed that the unrequited love of Nymph Echo towards Narcissus in the Ovid’s mythology version can represent the ‘fused hypervigilant narcissist’ who lives their life through another. Grenyer notes that both Narcissus and Echo are incapable of healthy love and end up being obsessed with themselves or with another. However, could Echo’s curse of having no voice of her own, only repeating words of others, in fact, signify what narcissistic targets experience?

First attention to narcissism as a personality characteristic was given in the context of human sexuality in late 19th century by British sexologist Havelock Ellis (1898) and German psychiatrist Paul Näcke (1899) who were interested in auto-eroticism or treating self as a sexual object. Näcke was the first who modified the “Narcismus” concept by adding the “-ism” and that way introducing the term narcissism into psychiatry in 1899 (Ellis, 1927). At that time, exaggerated bodily self-preoccupation was seen as a perversion, however, Ellis noted that this ‘psychological attitude’ (as cited in Campbell & Miller, 2011) could also function within the spectrum of normal. He additionally looked at narcissistic expressions on a national and global levels in forms of patriotism, hatred of foreigners, and heroic narratives (Grenyer, 2013). Whilst no firm conclusion on normality or pathology of autoerotic condition was made at the end of the 19th century, narcissism was further thoroughly investigated within psychoanalytic realms.

Conceptual confusion around narcissism was evident already in early psychoanalytic works. Akhtar and Thomson (1982) noted that such terms as “narcissistic neuroses”, “psychoses”, “dementia precox”, and “schizophrenia” were often used interchangeably. For instance, Wälder (1925) viewed narcissistic personality as a muted variant of schizophrenia.

Isidor Sadger (1908) was the first who differentiated between a normal degree of egoism and self-love and their pathological forms characterised by overvaluation of and overinvestment in one’s own body.

The first psychoanalytic monograph dedicated to narcissism was written by Otto Rank (1911) who referred to it as vanity and self-admiration with less emphasis on its sexual function. Instead, he noted its defensive functions as well as foreshadowed Kohut’s mirroring and twinship self-object experiences (Marmarosh & Mann, 2014). Rank thought that narcissists need others to feel connected and prefer being in the gleam of successful and powerful others.

Freud’s account on narcissism varied throughout his writings from a form of sexual perversion and quality of primitive thinking, to universal stage of psycho-sexual development, component of self-preserving instincts, and characteristic of a pathological character (Campbell & Miller, 2011). In his seminal paper “On Narcissism: An Introduction” (1914/1957), Freud performs a thorough analysis of the fundamental processes pertaining to the relationship between the self, others, self-love and other-love. Both Rank and Freud looked at a dynamic characteristic of narcissism and saw it as a process or a state rather than a personality type with narcissistic grandiosity functioning as a defence against feeling insignificant.

Further conceptualisations of narcissism delineated its typology and pathological expressions. Within early developments pathological narcissism was seen as being closely linked with envy. Karl Abraham (1919/1979) associated narcissistic envy and hostility toward love objects with past caregiving disappointments. Ernest Jones (1913/1974) described narcissism as a pathological character trait (God Complex) whereby the individual’s view of reality is confused or “blended” with omnipotence serving as a defence. According to Annie Reich (1960), narcissism manifested as a pathological form of self-esteem regulation with aggression and self-inflation playing protective roles for one’s self-concept.

Wälder (1925) was the first one who proposed the concept of a narcissistic personality or character, featured by condescending superiority over others, intense preoccupation with self-respect, lack of empathy and concern for others being particularly evident in the area of sexuality. Wälder described a narcissistic morality as well as a “narcissistic mode of thought” characterised by thinking for the sake of thinking, preference of concepts over facts and overvaluation of own mental capacity. Freud (1931) proposed narcissistic libidinal or character type, Wilhelm Reich (1933/1949) – phallic-narcissist character, whilst Karen Horney (1939) described aggressive-expansive, perfectionist, and arrogant-vindictive narcissistic types, and Alfred Adler (1910/1978) associated narcissism with a concept of masculine protest. Description of each character type is out of the scope of the current article. However, it is evident that core themes emerge across these types, some of which were incorporated into current diagnostic systems and others are being actively discussed by lay community folk.

Winnicott (1965) looked at the possible aetiology of narcissism when narcissistic subjects identify with a grandiose false self in defensive response to a caregiver’s failure. In similar way, Annie Reich (1960) noted that a narcissistic self-esteem dramatically oscillates between highs of grandiosity and lows of depression as it is poorly integrated due to repeated early traumas. According to Reich, a grandiose fantasy plays a protective role as it creates a world where self is safe, strong, and superior instead of being weak and powerless.

In 1961, Nemiah conceptualised narcissism as a disorder, by describing a narcissistic character disorder which is formed when a person internalises harsh criticism and unrealistically high standards of their parents (Akhtar & Thomson, 1982). In such case, a narcissistic individual becomes a prisoner of his aspirations, needs and harsh self-criticism.

Otto Kernberg and Heinz Kohut are the main psychoanalytic theoreticians who examined pathological forms of narcissism in great detail (Akhtar & Thonson, 1982). Whilst Kernberg was the first one to provide a comprehensive clinical description of a narcissistic personality structure, it was Kohut who in 1968 introduced the term “narcissistic personality disorder.” Kohut’s and Kernberg’s writings were based on clinical presentation or readily observable behaviour of their clients. More detailed account on both psychoanalytic developments is further provided in the current article as author suggests they have not received due attention in contemporary psychological evidence-based research compared to lay community arena. This is probably due to longstanding mistrust towards psychoanalysis in Western psychological school of thought. Rather disappointing!