Brains replaying memories in real time get monitored by scientists 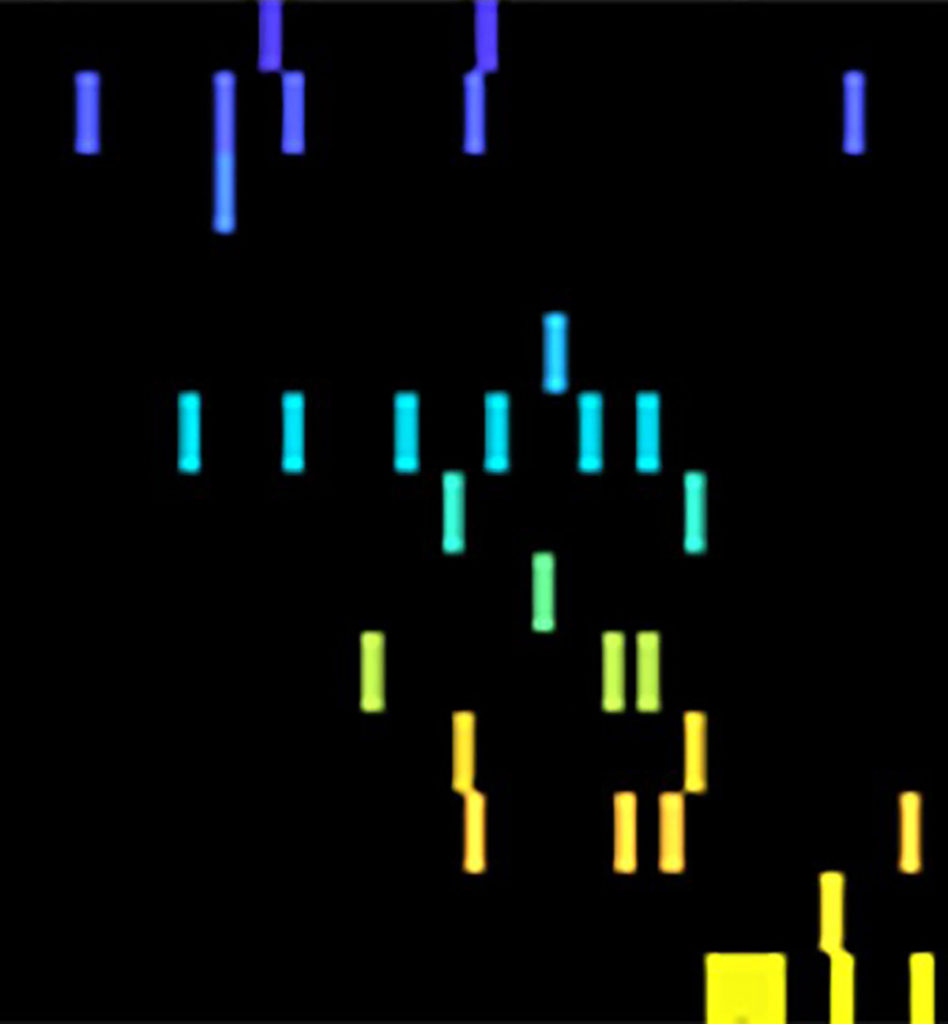 NIH researchers found that our brains may store memories in neuronal firing patterns that are replayed fractions of a second before remembering. Courtesy of Zaghloul lab, NIH/NINDS

In a study of epilepsy patients, researchers at the National Institutes of Health monitored the electrical activity of thousands of individual brain cells, called neurons, as patients took memory tests. They found that the firing patterns of the cells that occurred when patients learned a word pair were replayed fractions of a second before they successfully remembered the pair. The study was part of an NIH Clinical Center trial for patients with drug-resistant epilepsy whose seizures cannot be controlled with drugs.

“Memory plays a crucial role in our lives. Just as musical notes are recorded as grooves on a record, it appears that our brains store memories in neural firing patterns that can be replayed over and over again,” said Kareem Zaghloul, M.D., Ph.D., a neurosurgeon-researcher at the NIH’s National Institute of Neurological Disorders and Stroke (NINDS) and senior author of the study published in Science.

Dr. Zaghloul’s team has been recording electrical currents of drug-resistant epilepsy patients temporarily living with surgically implanted electrodes designed to monitor brain activity in the hopes of identifying the source of a patient’s seizures. This period also provides an opportunity to study neural activity during memory. In this study, his team examined the activity used to store memories of our past experiences, which scientists call episodic memories.

In 1957, the case of an epilepsy patient H.M. provided a breakthrough in memory research. H.M could not remember new experiences after part of his brain was surgically removed to stop his seizures. Since then, research has pointed to the idea that episodic memories are stored, or encoded, as neural activity patterns that our brains replay when triggered by such things as the whiff of a familiar scent or the riff of a catchy tune. But exactly how this happens was unknown.

Over the past two decades, rodent studies have suggested that the brain may store memories in unique neuronal firing sequences. After joining Dr. Zaghloul’s lab, Alex P. Vaz, B.S., an M.D., Ph.D. student at Duke University, Durham, North Carolina, and the leader of this study decided to test this idea in humans.

“We thought that if we looked carefully at the data we had been collecting from patients we might be able to find a link between memory and neuronal firing patterns in humans that is similar to that seen in rodents,” said Vaz, a bioengineer who specializes in deciphering the meaning of electrical signals generated by the body.

To do this they analyzed the firing patterns of individual neurons located in the anterior temporal lobe, a brain language center. Currents were recorded as patients sat in front of a screen and were asked to learn word pairs such as “cake” and “fox.” The researchers discovered that unique firing patterns of individual neurons were associated with learning each new word pattern. Later, when a patient was shown one of the words, such as “cake,” a very similar firing pattern was replayed just milliseconds before the patient correctly recalled the paired word “fox.”

“These results suggest that our brains may use distinct sequences of neural spiking activity to store memories and then replay them when we remember a past experience,” said Dr. Zaghloul.

Last year, his team showed that electrical waves, called ripples, may emerge in the brain just split seconds before we remember something correctly. In this study, the team discovered a link between the ripples recorded in the anterior temporal lobe and the spiking patterns seen during learning and memory. They also showed that ripples recorded in another area called the medial temporal lobe slightly preceded the replay of firing patterns seen in the anterior temporal lobe during learning.

“Our results support the idea that memories involve coordinated replay of neuronal firing patterns throughout the brain,” said Dr. Zaghloul. “Studying how we form and retrieve memories may not only help us understand ourselves but also how neuronal circuits break down in memory disorders.”