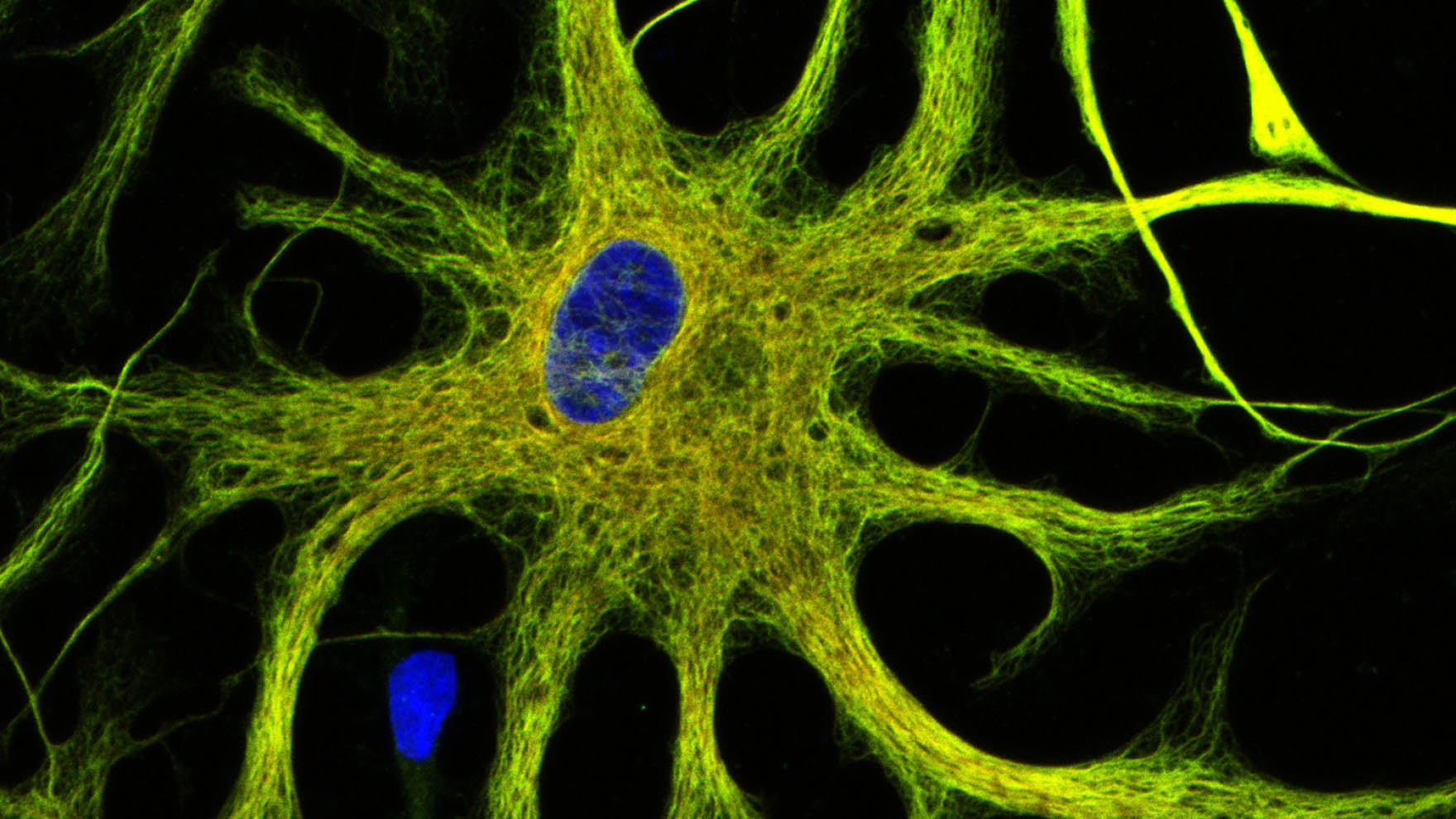 Between the ages of two and four, the human brain has an estimated one quadrillion synapses – the electrical connections between neurons. That is the highest it will ever have, but as the world is not run by 3-year-olds, it shows that more synapses do not necessarily mean higher intelligence.

Pruning out extraneous synapses to enable existing ones to run more efficiently is just as important as forming new cellular connections. An imbalance between synapse formation and removal has been linked to psychiatric disorders, including autism and schizophrenia.

UC San Francisco assistant professor Anna Molofsky, MD, PhD, is researching how these two processes occur normally during brain development in the hope of determining how subtle shifts in balance lead to neurodevelopmental disorders. Her research was recently recognized with a prestigious National Institutes of Health New Innovator Award and a Pew Investigator award.

“Most of the psychiatric diseases that we deal with are in some form or another neurodevelopmental, whether it’s early childhood experiences that increase your propensity to develop depression and anxiety later in life or whether it’s abnormalities in brain development that lead to autism and schizophrenia,” explains Molofsky, who is a practicing psychiatrist and trained as a cell and molecular biologist.

“In terms of designing treatments, it’s important to think about the cell type that’s the most malleable, and the immune system is a potential point of intervention.”

The Immune System of the Brain

Instead of focusing on the neurons themselves, Molofsky, a member of the UCSF Weill Institute for Neurosciences, is interested in glial cells, such as astrocytes and microglia, which are commonly thought of as the support cells of the brain. Astrocytes have been shown to play a role in synapse formation, while microglia are implicated in pruning. Glial cells are also instrumental in the brain’s immune system, and immune signals communicate with the brain through receptors located on these cells.

“It’s very hard to target neuronal wiring, but it’s much easier to target glia, which are fundamentally very plastic cells,” she says. “In terms of designing treatments, it’s important to think about the cell type that’s the most malleable, and the immune system is a potential point of intervention.”

Immune Proteins and Their Role in Malleability

Molofsky is currently researching the immune signal interleukin 33 (IL-33), which is expressed in astrocytes and correlates with synapse formation. She discovered that as the brain matures, IL-33 expression goes up, thereby enabling more pruning of synapses.

“It’s a bit of a natural collaboration because I’ve been a glial biologist for some time, and glial cells are some of the major actors in neuroimmune diseases,” she says. The two are now collaborating to study how the immune system communicates with the brain.

Molofsky wonders if treatment with IL-33 or other immune proteins can make the brain more malleable in adults. Increasing neural plasticity may help with conditions linked to pruning, such as autism and schizophrenia. It may also be beneficial for patients with stroke or traumatic brain injury where the brain is forced to rewire to cope with the trauma.

“Their brain is incredibly plastic, more plastic than we would think,” she says. “Understanding how these developmental mechanisms either exist in adulthood or can be coaxed into working to help the brain to remodel could potentially be beneficial for psychiatric diseases.”