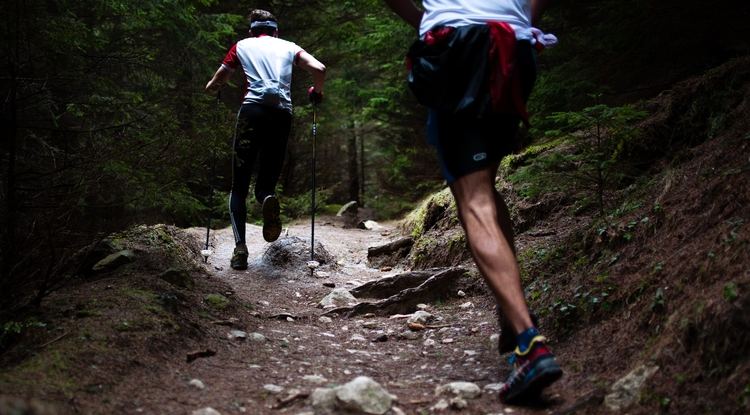 Mounting scientific evidence shows that exercise is good not only for our bodies, but for our brains. Yet, exactly why physical activity benefits the brain is not well understood.

In a new article published in the journal Trends in Neurosciences, University of Arizona researchers suggest that the link between exercise and the brain is a product of our evolutionary history and our past as hunter-gatherers. 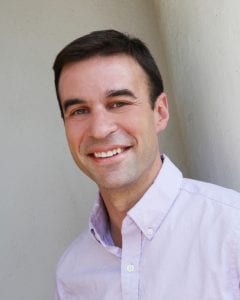 UA anthropologist David Raichlen and UA psychologist Gene Alexander, who together run a research program on exercise and the brain, propose an “adaptive capacity model” for understanding, from an evolutionary neuroscience perspective, how physical activity impacts brain structure and function.

Their argument: As humans transitioned from a relatively sedentary apelike existence to a more physically demanding hunter-gatherer lifestyle, starting around 2 million years ago, we began to engage in complex foraging tasks that were simultaneously physically and mentally demanding, and that may explain how physical activity and the brain came to be so connected.

“We think our physiology evolved to respond to those increases in physical activity levels, and those physiological adaptations go from your bones and your muscles, apparently all the way to your brain,” said Raichlen, an associate professor in the UA School of Anthropology in the College of Social and Behavioral Sciences.

“It’s very odd to think that moving your body should affect your brain in this way — that exercise should have some beneficial impact on brain structure and function — but if you start thinking about it from an evolutionary perspective, you can start to piece together why that system would adaptively respond to exercise challenges and stresses,” he said.

Having this underlying understanding of the exercise-brain connection could help researchers come up with ways to enhance the benefits of exercise even further, and to develop effective interventions for age-related cognitive decline or even neurodegenerative diseases such as Alzheimer’s.

Notably, the parts of the brain most taxed during a complex activity such as foraging — areas that play a key role in memory and executive functions such as problem solving and planning — are the same areas that seem to benefit from exercise in studies.

“Foraging is an incredibly complex cognitive behavior,” Raichlen said. “You’re moving on a landscape, you’re using memory not only to know where to go but also to navigate your way back, you’re paying attention to your surroundings. You’re multitasking the entire time because you’re making decisions while you’re paying attention to the environment, while you are also monitoring your motor systems over complex terrain. Putting all that together creates a very complex multitasking effort.”

The adaptive capacity model could help explain research findings such as those published by Raichlen and Alexander last year showing that runners’ brains appear to be more connected than brains of non-runners.

The model also could help inform interventions for the cognitive decline that often accompanies aging — in a period in life when physical activity levels tend to decline as well. 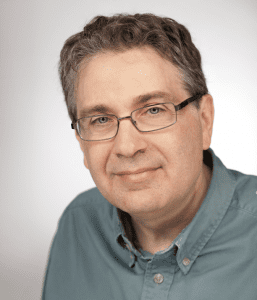 “What we’re proposing is, if you’re not sufficiently engaged in this kind of cognitively challenging aerobic activity, then this may be responsible for what we often see as healthy brain aging, where people start to show some diminished cognitive abilities,” said Alexander, a UA professor of psychology, psychiatry, neuroscience and physiological sciences. “So the natural aging process might really be part of a reduced capacity in response to not being engaged enough.”

Reduced capacity refers to what can happen in organ systems throughout the body when they are deprived of exercise.

“Our organ systems adapt to the stresses they undergo,” said Raichlen, an avid runner and expert on running. “For example, if you engage in exercise, your cardiovascular system has to adapt to expand capacity, be it through enlarging your heart or increasing your vasculature, and that takes energy. So if you’re not challenging it in that way — if you’re not engaging in aerobic exercise — to save energy, your body simply reduces that capacity.”

In the case of the brain, if it is not being stressed enough it may begin to atrophy. This may be especially concerning, considering how much more sedentary humans’ lifestyles have become.

“Our evolutionary history suggests that we are, fundamentally, cognitively engaged endurance athletes, and that if we don’t remain active we’re going to have this loss of capacity in response to that,” said Alexander, who studies brain aging and Alzheimer’s disease as a member of the UA’s Evelyn F. McKnight Brain Institute. “So there really may be a mismatch between our relatively sedentary lifestyles of today and how we evolved.”

Alexander and Raichlen say future research should look at how different levels of exercise intensity, as well as different types of exercise, or exercise paired specifically with cognitive tasks, affect the brain.

For example, exercising in a novel environment that poses a new mental challenge, may prove to be especially beneficial, Raichlen said.

“Most of the research in this area puts people in a cognitively impoverished environment. They put people in a lab and have them run on a treadmill or exercise bike, and you don’t really have to do as much, so it’s possible that we’re missing something by not increasing novelty,” he said.

Alexander and Raichlen say they hope the adaptive capacity model will help advance research on exercise and the brain.

“This evolutionary neuroscience perspective is something that’s been generally lacking in the field,” Alexander said. “And we think this might be helpful to advance research and help develop some new specific hypotheses and ways to identify more universally effective interventions that could be helpful to everyone.”