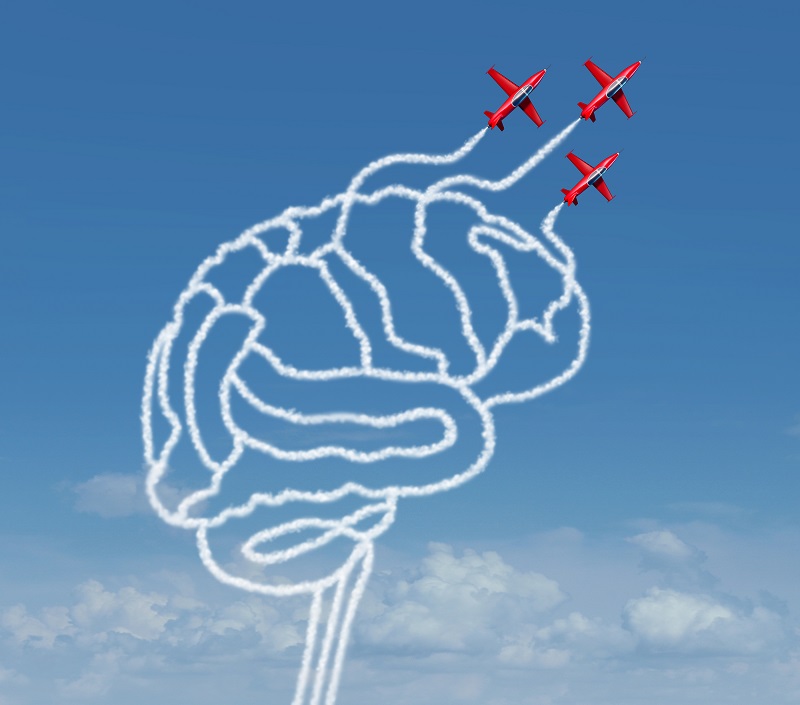 The way a person’s brain is “wired” directly impacts how well they perform simple and complex tasks, according to a new study from researchers at Rice University.

The brain is organized into different subnetworks, or “modules,” that support distinct functions for different tasks, such as speaking, memorizing and expressing emotion. The researchers examined how high or low brain modularity — the degree to which the modules communicate with one another — impacts performance of simple and complex tasks.

“Think of your brain as you would think of a university,” said Simon Fischer-Baum, an assistant professor of psychology in Rice’s School of Social Sciences and one of the study’s authors. “Individuals organize themselves into densely interconnected communities, like the dormitories and sports teams, though individuals within these groups also have connections with people outside of those groups. Brains are the same way: Brain regions are organized into communities with lots of connections between regions in the community and fewer connections to regions outside of the community. But people’s brains are different. Some people have brains that are better described as having rigid community structure — or higher modularity — while other people have brains without such rigid community structure — or lower modularity.”

In the study, the researchers had 52 participants (16 men, 36 women) between the ages of 18 and 26 undergo functional magnetic resonance imaging (fMRI), a process that measures brain neural activity by detecting changes associated with blood oxygen levels. The neural activity of each participant was studied by fMRI for 21 minutes while they were at rest. If neural activity increased and decreased in two areas at the same time over the course of the scan, it was an indicator that the two areas were connected. Using these data to measure which brain areas were connected to each other, the researchers determined the extent to which participants’ brains could be described as having communities of brain regions that communicate only with each other.

The researchers then took the participants through a series of behavioral tasks, including complex tasks that tested their memory while simultaneously doing simple arithmetic and simple tasks such as indicating the direction an arrow was pointing when their attention had been already drawn to the location the arrow would appear.

Fischer-Baum said that this effect can be considered relative to the decline in working memory with age, which is a hallmark of the cognitive effects of aging. Based on previous research, this difference in memory recall between the high- and low-modularity subgroups of highly educated, healthy young adults is roughly equivalent to the difference between memory recall at age 20 and at age 70.

Randi Martin, Elma Schneider Professor and lead faculty author on the study, said that one of the major strengths of the study is that the relationship between simple and complex tasks and high and low modularity was predicted by a very general theory of biology proposed by co-author Michael Deem, the John W. Cox Professor of Biochemical and Genetic Engineering and a professor of physics and astronomy at Rice University. According to this theory, high-modular systems in general should perform better on simpler tasks that take less time to perform, while low-modular systems in general should perform better on more complex tasks that take more time to perform. This study demonstrates that this general principle of biology applies to cognitive neuroscience.

Fischer-Baum and his fellow authors said the research has important implications for understanding the brain as a network.

“There is an increasing focus in cognitive neuroscience on thinking of cognitive function as emerging from interconnected regions of the brain, rather than existing in a single brain region,” Fischer-Baum said. “While other groups have found correlations between brain network properties and performance on different tasks, our study is the first to show that these relationships can be understood by a more fundamental theory of modularity in biological systems.”