It is estimated that up to 75 percent of breast cancer survivors experience problems with cognitive difficulties following treatments, perhaps lasting years. Currently, few science-based options are available to help. In the journal Cancer, University of California San Diego School of Medicine researchers report in a pilot study of 87 female breast cancer survivors that an increase in physical activity more than doubled the women’s post-treatment mental processing speed.

In a 12-week, randomized trial, half the women were enrolled in a physical activity intervention program tailored to each person’s interests and abilities and incorporating wearable activity devices, while the other half were assigned to a control group that received emails addressing women’s health topics, healthy eating, stress reduction and general brain health.

“Whether or not they receive chemotherapy, many breast cancer survivors experience a decline in brain function that impacts memory, thinking and concentration,” said Sheri Hartman, PhD, assistant professor in the Department of Family and Preventive Medicine and co-director of the diet and physical activity shared resource at UC San Diego Moores Cancer Center. “The women who participated in the physical activity intervention experienced a significant improvement in cognitive processing speed and some improvements in their perceived mental abilities. This study supports the idea that exercise could be a way to help improve cognition among breast cancer survivors.”

The study tested changes in cognition using both National Institutes of Health (NIH) Toolbox Cognition Domain, a computer-based test of cognitive abilities, and the Patient Reported Outcomes Measurement Information System for self-reporting brain function abilities and problems in all patients at the start and end of the 12-week period. This is the first completed randomized controlled trial using both a test of cognition and a self-reported method to assess the impact of physical activity on cancer survivors. 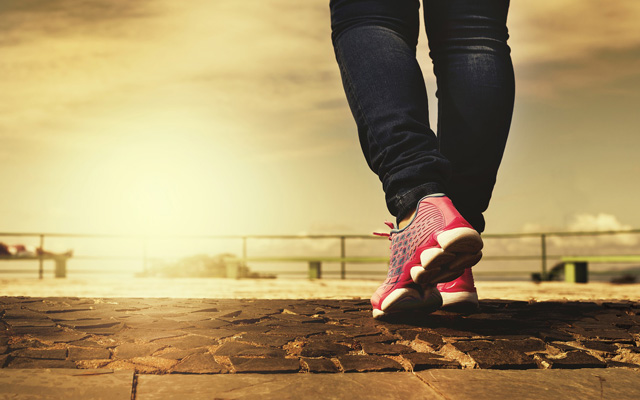 In the tests, women in the exercise arm showed more than double the improvements in processing speed, which measures how fast information can be taken in and used, compared to the control group. Looking closer, women in the intervention arm who were two years or less from diagnosis were four times more likely to show improvement in this area.

“This is a preliminary study, but it appears that intervening closer to diagnosis may be important to having an impact, and this is the population we may need to target,” said Hartman.

Women in the intervention arm also had three times the improvements in self-report cognition abilities compared to the control group.

While the tests evaluated several aspects of cognition, only speed processing showed a significant improvement. Researchers recommend larger and longer trials evaluating the necessary duration of exercise and intensity of activities to determine if increased physical activity might impact other aspects of cognition.

Before the start of the study, all participants wore a research-grade accelerometer on their hips for seven days to measure physical activity at baseline and again for the last seven days of the trial to compare changes in minutes of moderately intense activity.

During the study period, women in the exercise arm wore a Fitbit One activity tracker. Data collected was sent to researchers to extract activity levels and to provide feedback and encouragement to engage in at least 150 minutes of moderate-to-vigorous physical activity per week, as recommended by the NIH. Researchers provided support through phone calls and emails.

“Survivors often report that their thinking is slower or feels more foggy. The brain just doesn’t work at the same level as before cancer treatment,” said Hartman. “By providing a program with support, women are more likely to make difficult behavioral changes that lead to an increase in physical activity.”

The intervention program led to an approximately 100-minute increase in weekly physical activity in the participants in the exercise arm.

Participants were enrolled in the study between February 2015 and July 2016. To be eligible, women needed to be between 21 and 85 years of age and have been diagnosed and treated for breast cancer no more than five years before enrollment in the study. Participants were predominantly well-educated, non-Hispanic white women. Future research in cancer populations with greater diversity is needed, the authors said.