Brain Opioids Help Us to Relate with Others

Recent results obtained by researchers from Turku PET Centre and Aalto University have revealed how the human brain’s opioid system modulates responses to other people’s pain.

Seeing others experiencing pain activated brain circuits that are known to support actual first-hand experience of pain. The less opioid receptors the participants had in their brain, the stronger were their emotion and pain circuits’ response to seeing others in distress. Similar association was not found for the dopamine system despite its known importance in pain management. 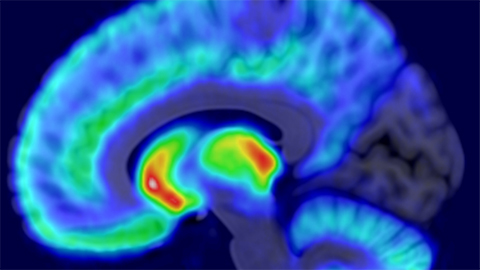 – Capacity for vicarious experiences is a fundamental aspect of human social behaviour.  Our results demonstrate the importance of the endogenous opioid system in helping us to relate with others’ feelings. Interindividual differences in the opioid system could explain why some individuals react more strongly than others to someone else’s distress, says Researcher Tomi Karjalainen from Turku PET Centre.

– The results show that first-hand and vicarious pain experiences are supported by the same neurotransmitter system. This finding could explain why seeing others in pain often feels unpleasant. High opioid-receptor availability may, however, protect against excessive distress resulting from negative social signals, such as other people’s distress. Our findings thus suggest that the brain’s opioid system could constitute an important social resiliency factor, tells Professor Lauri Nummenmaa from Turku PET Centre and Department of Psychology at the University of Turku.

The study was conducted by using positron emission tomography (PET) and functional magnetic resonance imaging (fMRI). The participants were injected with radioactive compounds that bind to their brain’s opioid and dopamine receptors. Radioactivity in the brain was measured twice with the PET camera to map the distribution of opioid and dopamine receptors. Subsequently, the participants’ brain activity was measured with fMRI while they viewed videos depicting humans in various painful and painless situations.