Curiosity is the motivational drive for exploring and investigating the unknown and making new discoveries. It is as essential and intrinsic for survival as hunger. Until recently, the brain mechanisms underlying curiosity and novelty seeking behavior were unclear. However, researchers from the Netherlands Institute for Neuroscience have now discovered a new brain circuit underlying curiosity and novelty seeking behavior. The results have been published in the scientific journal Science. 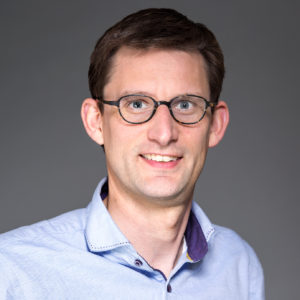 “In spite of having well-developed techniques to study mouse brain circuits, there are many controversial and different results in the field of motivational behavior. Therefore, we chose a simple solution to conduct our research: giving the mouse freedom to choose what it wants”, says Alexander Heimel, group leader at the Netherlands Institute for Neuroscience.

By examining mice in an experimental battery of new and familiar objects and social interaction, the scientists uncovered a cell-type specific brain circuit of the curiosity and novelty seeking behavior.

Researcher Mehran Ahmadlou explains: “By increasing brain activity in a specific brain region, the Zona Incerta, interaction with conspecifics and novel objects compared to familiar objects and food increased. When we inactivated the cells in this region, depth and duration of investigation decreased”. Moreover, the researchers found that specific neurons were more active during deep investigation compared to during shallow investigation.

Using several innovative techniques, a whole path of multiple brain regions was uncovered that converts curiosity into action in mice.

Heimel: “It is the first time that this path has been described. Now we can begin to understand, for example, how curiosity sometimes wins over the urge for security, and why some individuals are more curious than others. There is still a lot we are curious about.”

How curiosity leads to research behavior in humans is still unknown. Another recent study shows that the Zona Incerta also plays a role in arousing curiosity in monkeys.

Heimel: “We still know little about this area in humans, because it is located deep within the brain and it is difficult to measure activity with brain scans.”

The development of new techniques may lead to more clarity in the future.