Brain Discovery Could Block Aging’s Terrible Toll on the Mind 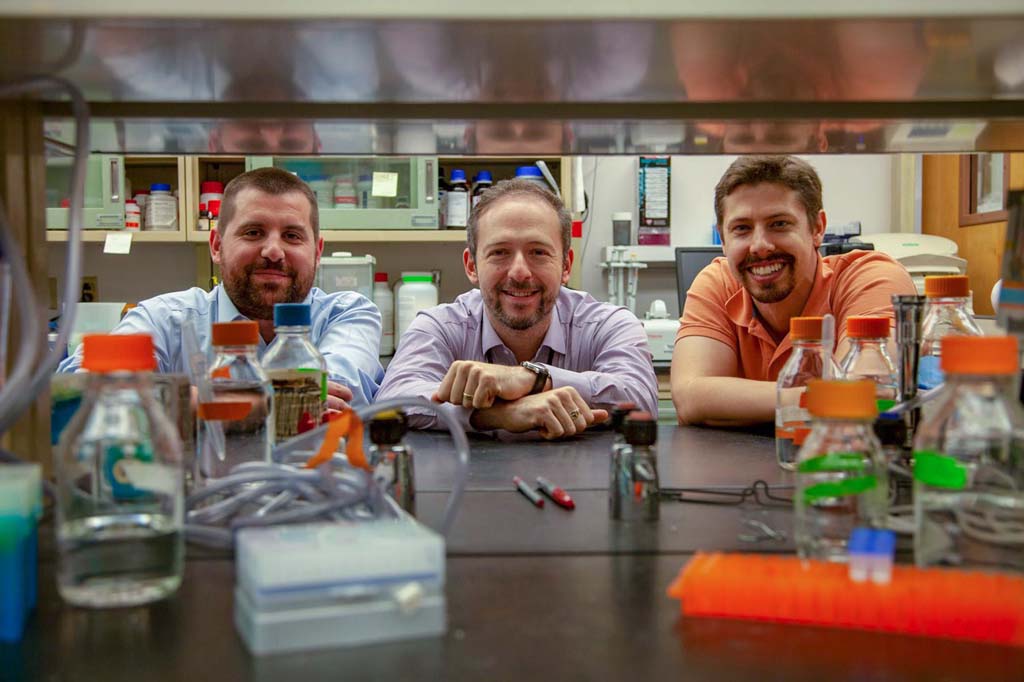 Aging vessels connecting the brain and the immune system play critical roles in both Alzheimer’s disease and the decline in cognitive ability that comes with time, new research reveals. By improving the function of the lymphatic vessels, scientists at the University of Virginia School of Medicine have dramatically enhanced aged mice’s ability to learn and improved their memories. The work may provide doctors an entirely new path to treat or prevent Alzheimer’s disease, age-related memory loss and other neurodegenerative diseases.

The research is the latest from the lab of pioneering neuroscientist Jonathan Kipnis, whose team discovered in 2015 that the brain is surrounded by lymphatic vessels – vessels science textbooks insisted did not exist.

That discovery made headlines around the world and was named one of the year’s biggest breakthroughs by the journal Science, yet Kipnis sees his team’s new finding as their most important yet. 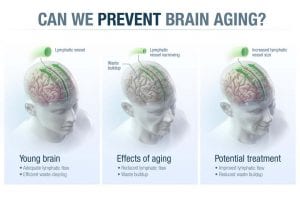 “When you take naturally aging mice and you make them learn and remember better, that is really exciting,” he said. “If we can make old mice learn better, that tells me there is something that can be done. I’m actually very optimistic that one day we could live to a very, very, very old age and not develop Alzheimer’s.”

How the Brain Cleans Itself

It turns out that the lymphatic vessels long thought not to exist are essential to the brain’s ability to cleanse itself. The researchers’ new work gives us the most complete picture yet of the role of these vessels – and their tremendous importance for brain function and healthy aging.

Kipnis – who chairs UVA’s Department of Neuroscience and directs its Center for Brain Immunology and Glia, or BIG – and his colleagues were able to use a compound to improve the flow of waste from the brain to the lymph nodes in the neck of aged mice. The vessels became larger and drained better, and that had a direct effect on the mice’s ability to learn and remember.

“Here is the first time that we can actually enhance cognitive ability in an old mouse by targeting this lymphatic vasculature around the brain,” Kipnis said. “By itself, it’s super, super exciting, but then we said, ‘Wait a second, if that’s the case, what’s happening in Alzheimer’s?’”

The researchers determined that obstructing the vessels in mice worsens the accumulation of harmful amyloid plaques in the brain that are associated with Alzheimer’s. This may help explain the buildup of such plaques in people, the cause of which is not well understood.

“In human Alzheimer’s disease, 98 percent of cases are not familial, so it’s really a matter of what is affected by aging that gives rise to this disease,” researcher Sandro Da Mesquita said. “As we did in mice, it will be interesting to try and figure out what specific changes are happening in the old [brain] lymphatics in humans so we can develop specific approaches to treat age-related sickness.” 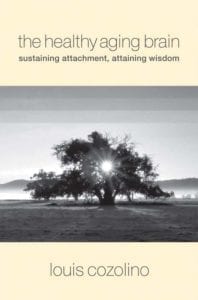 Kipnis noted that impairing the vessels in mice had a fascinating consequence: “What was really interesting is that with the worsening pathology, it actually looks very similar to what we see in human samples in terms of all this aggregation of amyloid protein in the brain and meninges,” he said. “By impairing lymphatic function, we made the mouse model more similar to human pathology.” The meninges comprise protective layers of tissue around the brain and the rest of the central nervous system.

The researchers now will work to develop a drug to improve the performance of the lymphatic vessels in people. (Kipnis just signed a contract with biopharmaceutical company PureTech Health to explore the potential clinical applications of his discoveries.) Da Mesquita also noted that it would be important to develop a method to determine how well the meningeal lymphatic vasculature is working in people.

The researchers believe that the best way to treat Alzheimer’s might be to combine vasculature repair with other approaches. Improving the flow through the meningeal lymphatic vessels might even overcome some of the obstacles that have doomed previously promising treatments, moving them from the trash heap to the clinic, they said.

It may be, though, that the new discovery offers a way to stave off the onset of Alzheimer’s to the point that treatments are unnecessary – to delay it beyond the length of the current human lifespan.

“It may be very difficult to reverse Alzheimer’s, but maybe we would be able to maintain a very high functionality of this lymphatic vasculature to delay its onset to a very old age,” Kipnis said. “I honestly believe, down the road, we can see real results.”