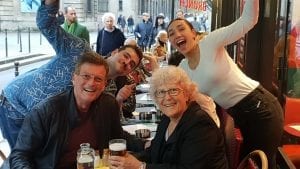 Richard working hard in Paris preparing for this podcast. 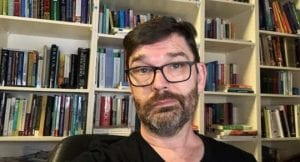 Matt preparing for the podcast and NOT being jealous of Richard.

As Richard explores Europe while teaching Mirroring Hands, Matt is on the grindstone churning out some valuable content for you. (And he’s NOT at all jealous of Richard being in Europe… not at all… really… I mean Matt’s got his internet connection and stack of books in his windowless office with a broken aircon unit in 88 degree heat – He’s got to be happy with that, or he’s just not re-framing his circumstances as he should! No, absolutely not jealous of wandering down beautiful old world Parisian streets in the late afternoon or surveying French vistas of the countryside while sipping on a local Cabernet Sauvignon and sampling the local cheese and baguettes – Nope, Matt’s not jealous of that.)

Our Giveaway Competition! (see below)

The Sagrada Família that Richard was talking about http://www.sagradafamilia.org/en/ 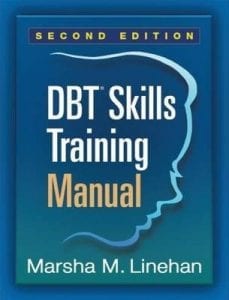 Some of the typical characteristics of Borderline Personality Disorder include: 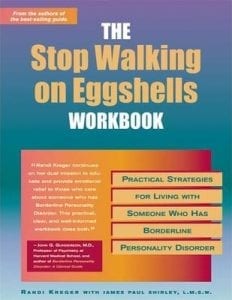 Workbook for those living with a BPD loved one.

The Stop Walking on Eggshells Workbook

Now if you want to know more about DDP Upstate University have a wealth of resources on their website including a training manual, work sheets and even training videos. I’d encourage you to check it out and I’ll leave the link in the show notes.  http://www.upstate.edu/psych/education/psychotherapy/dynamic_decon.php 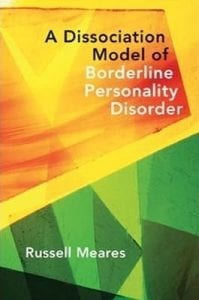 Conversational Model (CM) was developed by Robert Hobson and expanded by Russell Meares. The therapy aims to develop the client’s sense of self through a form of conversational relating. Such therapeutic relatedness helps the client develop the capacity to embody what is described as “aloneness-togetherness”. The development of such a dialectic gives the BPD client a unique sense of personal being that was formally deficient and at the root of much of the borderline pathology. The manualised form of CM is psychodynamic interpersonal therapy.

The research around the conversational model focuses on a fragmentation of a sense of self and more specifically a difference in the brain patterns of the attention and default mode networks, which it seems leads to a fragmentation of self. Now the best book I have to explain what’s going on here is called “A Dissociation Model of Borderline Personality Disorder” by Russell Meares (and I’ll put a link in the show notes) – it’s a very readable book and he has an accompanying clinicians manual called “Borderline Personality Disorder and the Conversational Model”. I wouldn’t be able to cover all the details in these books, but again, to get an appreciation of why a BPD client behaves the way they do, it’s helpful to keep in mind the network fragmentation that could be going on that manifests as a fragmentation of their emotional selves. 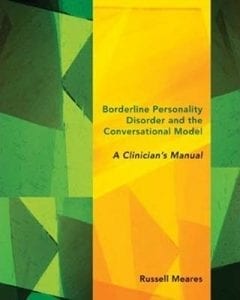 So one of the big ideas here is a lack of cohesion in the experience of self due to a disconnectedness between brain networks. One of the observations that confirmed such a disconnectedness involved analysing electrical patterns evoked in the brain – something called an event-related potential, and observing a major spike in activity 300 milliseconds after the presentation of a stimulus. This activity, called P3 is a major part of attention processing and is the summation of the activity of two generators that combine in syncronisation to produce the one waveform or single output. Well in BPD the two generators don’t function together – they are out of sync, and rather than 1 wave there’s two waves present in an EEG readout. One of theses P3 component relies on prefrontal circuitry for attention (which also overlaps emotional processing) and a connection to this right side of this network — to the orbitofrontal networks — is not happening in synchrony as it should. It’s possible that a failure in this connectedness or syncronisation can lead to a disruption in the development of self. 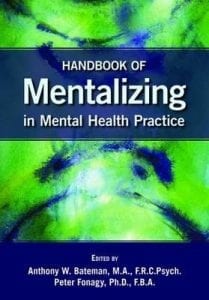 The centrality of affective instability and identity in Borderline Personality Disorder: Evidence from network analysis: https://journals.plos.org/plosone/article?id=10.1371/journal.pone.0186695

Abstract: We argue that the series of traits characterizing Borderline Personality Disorder samples do not weigh equally. In this regard, we believe that network approaches employed recently in Personality and Psychopathology research to provide information about the differential relationships among symptoms would be useful to test our claim. To our knowledge, this approach has never been applied to personality disorders. We applied network analysis to the nine Borderline Personality Disorder traits to explore their relationships in two samples drawn from university students and clinical populations (N = 1317 and N = 96, respectively). We used the Fused Graphical Lasso, a technique that allows estimating networks from different populations separately while considering their similarities and differences. Moreover, we examined centrality indices to determine the relative importance of each symptom in each network. The general structure of the two networks was very similar in the two samples, although some differences were detected. Results indicate the centrality of mainly affective instability, identity, and effort to avoid abandonment aspects in Borderline Personality Disorder. Results are consistent with the new DSM Alternative Model for Personality Disorders. We discuss them in terms of implications for therapy.

Abnormalities in gray matter volume in patients with borderline personality disorder and their relation to lifetime depression: A VBM study: https://journals.plos.org/plosone/article?id=10.1371/journal.pone.0191946
Abstract
Background: Structural imaging studies of borderline personality disorder (BPD) have found regions of reduced cortical volume, but these have varied considerably across studies. Reduced hippocampus and amygdala volume have also been a regular finding in studies using conventional volumetric measurement. How far comorbid major depression, which is common in BPD and can also affect in brain structure, influences the findings is not clear.

Conclusions: According to this study, BPD is characterized by a restricted pattern of cortical volume reduction involving the dorsolateral frontal cortex and the medial frontal cortex, both areas of potential relevance for the clinical features of the disorder. Previous findings concerning reduced hippocampus and amygdala volume in the disorder are not supported. Brain structural findings in BPD do not appear to be explainable on the basis of history of associated lifetime major depression.

Please leave an honest review on iTunes and please subscribe to our show.

You can also find our podcast at: The Science of Psychotherapy Podcast Homepage

If you want more great science of Psychotherapy please visit our website thescienceofpsychotherapy.com