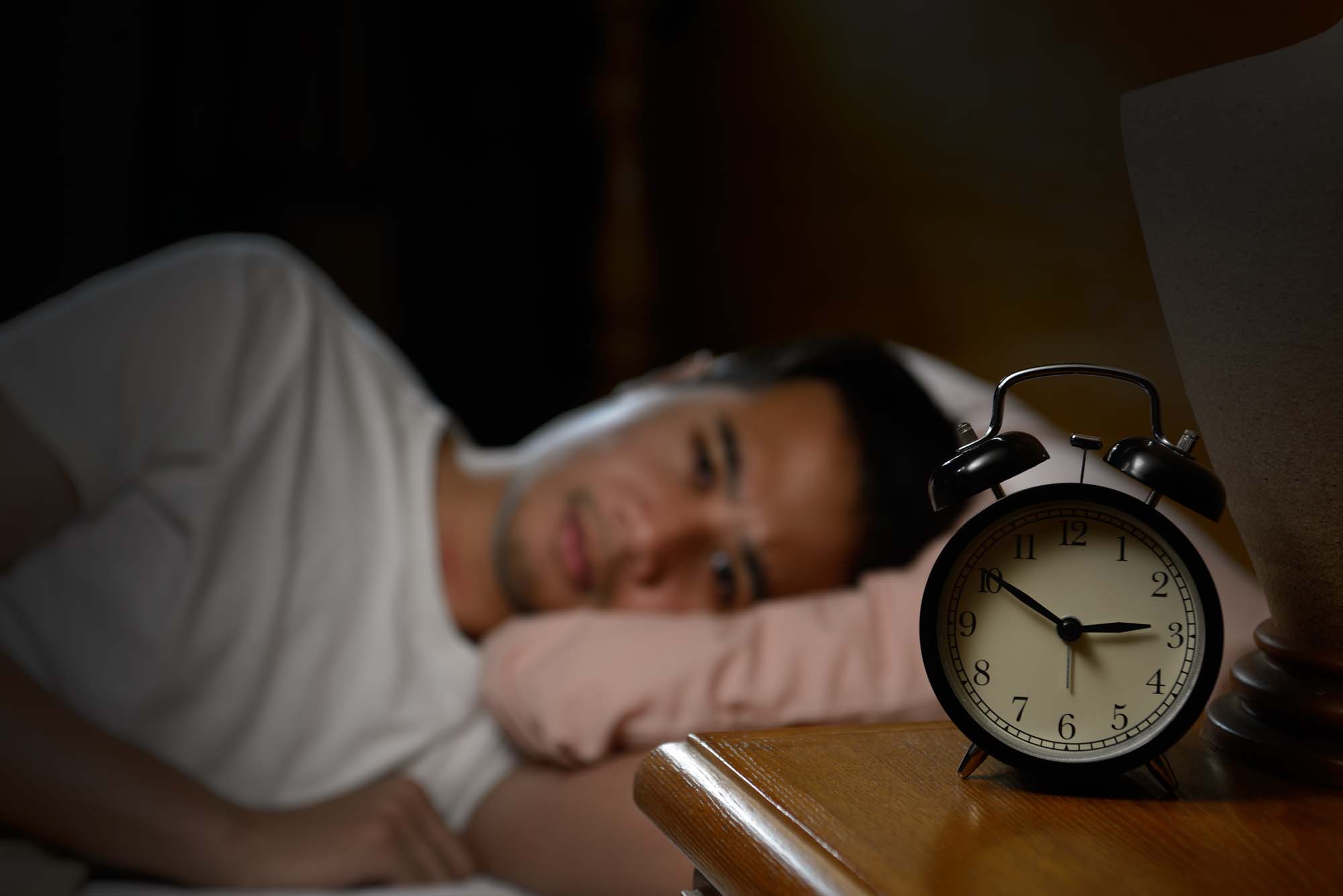 People with Alzheimer’s disease have disturbances in their internal body clocks that affect the sleep/wake cycle and may increase risk of developing the disorder. Researchers at Washington University School of Medicine in St. Louis have found that such circadian rhythm disruptions also occur much earlier in people whose memories are intact but whose brain scans show early, preclinical evidence of Alzheimer’s.

People with Alzheimer’s disease are known to have disturbances in their internal body clocks that affect the sleep/wake cycle and may increase risk of developing the disorder. Now, new research at Washington University School of Medicine in St. Louis indicates that such circadian rhythm disruptions also occur much earlier in people whose memories are intact but whose brain scans show early, preclinical evidence of Alzheimer’s.

The findings potentially could help doctors identify people at risk of Alzheimer’s earlier than currently is possible. That’s important because Alzheimer’s damage can take root in the brain 15 to 20 years before clinical symptoms appear.

“It wasn’t that the people in the study were sleep-deprived,” said first author Erik S. Musiek, MD, PhD, an assistant professor of neurology. “But their sleep tended to be fragmented. Sleeping for eight hours at night is very different from getting eight hours of sleep in one-hour increments during daytime naps.”

The researchers also conducted a separate study in mice, to be published Jan. 30 in The Journal of Experimental Medicine, showing that similar circadian disruptions accelerate the development of amyloid plaques in the brain, which are linked to Alzheimer’s.

Previous studies at Washington University, conducted in people and in animals, have found that levels of amyloid fluctuate in predictable ways during the day and night. Amyloid levels decrease during sleep, and several studies have shown that levels increase when sleep is disrupted or when people don’t get enough deep sleep, according to research by senior author, Yo-El Ju, MD.

“In this new study, we found that people with preclinical Alzheimer’s disease had more fragmentation in their circadian activity patterns, with more periods of inactivity or sleep during the day and more periods of activity at night,” said Ju, an assistant professor of neurology.

The researchers tracked circadian rhythms in 189 cognitively normal, older adults with an average age of 66. Some had positron emission tomography (PET) scans to look for Alzheimer’s-related amyloid plaques in their brains. Others had their cerebrospinal fluid tested for Alzheimer’s-related proteins. And some had both scans and spinal fluid testing.

“In this new study, we found that people with preclinical Alzheimer’s disease had more fragmentation in their circadian activity patterns, with more periods of inactivity or sleep during the day and more periods of activity at night.”

Of the participants, 139 had no evidence of the amyloid protein that signifies preclinical Alzheimer’s. Most had normal sleep/wake cycles, although several had circadian disruptions that were linked to advanced age, sleep apnea or other causes.

But among the other 50 subjects — who either had abnormal brain scans or abnormal cerebrospinal fluid — all experienced significant disruptions in their internal body clocks, determined by how much rest they got at night and how active they were during the day. Disruptions in the sleep/wake cycle remained even after the researchers statistically controlled for sleep apnea, age and other factors.

The study subjects, from Washington University’s Knight Alzheimer’s Disease Research Center, all wore devices similar to exercise trackers for one to two weeks. Each also completed a detailed sleep diary every morning.

These findings in people reinforce the mouse research from Musiek’s lab. In that study, working with first author Geraldine J. Kress, PhD, an assistant professor of neurology, Musiek studied circadian rhythm disruptions in a mouse model of Alzheimer’s. To disrupt the animals’ circadian rhythms, his team disabled genes that control the circadian clock.

“Over two months, mice with disrupted circadian rhythms developed considerably more amyloid plaques than mice with normal rhythms,” Musiek said. “The mice also had changes in the normal, daily rhythms of amyloid protein in the brain. It’s the first data demonstrating that the disruption of circadian rhythms could be accelerating the deposition of plaques.”

A portion of the population has reported the acute onset of sleep disturbance and other symptoms associated with the installation of wireless utility meters, and other telecommunications infrastructure. While mainstream medicine and utilities have discounted the reports of harm, and dismissed symptoms as imaginary (nocebo), no independent organization has taken measurements of the exposures in the sleeping environment while also monitoring the patients. Because the symptom set correlates with issues inherent in the autism epidemic also, and because neurological disease death rates have skyrocketed in the U.S., out of proportion to increases in other countries, isn’t it time to take a look at the probable contribution of power quality issues and microwave radiation exposures as a causal factor?