Bigger Brains Are Smarter, But Not By Much 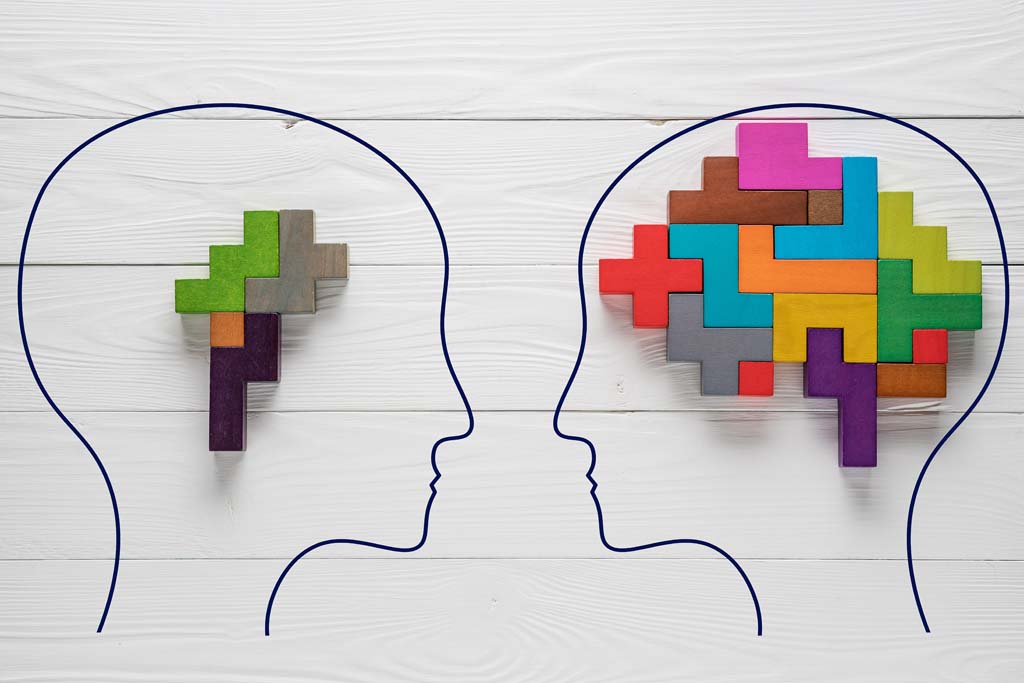 Using a larger dataset than all previous studies on the subject combined, researchers found a small but significant connection between brain size and cognitive performance.

-AMAZONPOLLY-ONLYWORDS-END-
The English idiom “highbrow,” derived from a physical description of a skull barely able to contain the brain inside of it, comes from a long-held belief in the existence of a link between brain size and intelligence.

For more than 200 years, scientists have looked for such an association. Begun using rough measures, such as estimated skull volume or head circumference, the investigation became more sophisticated in the last few decades, when MRIs offered a highly accurate accounting of brain volume. 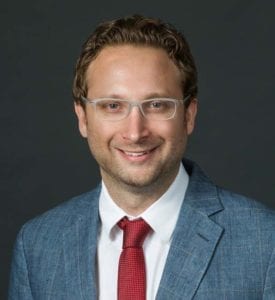 Yet the connection has remained hazy and fraught, with many studies failing to account for confounding variables, such as height and socioeconomic status. The published studies are also subject to “publication bias,” the tendency to publish only more noteworthy findings.

A new study, the largest of its kind, led by Gideon Nave of the Wharton School and Philipp Koellinger of Vrije Universiteit Amsterdam, has clarified the connection. Using MRI-derived information about brain size in connection with cognitive performance test results and educational-attainment measures obtained from more than 13,600 people, the researchers found that, as previous studies have suggested, a positive relationship does exist between brain volume and performance on cognitive tests. But that finding comes with important caveats.

“The effect is there,” says Nave, an assistant professor of marketing at Wharton. “On average, a person with a larger brain will tend to perform better on tests of cognition than one with a smaller brain. But size is only a small part of the picture, explaining about 2 percent of the variability in test performance. For educational attainment the effect was even smaller: an additional ‘cup’ (100 square centimeters) of brain would increase an average person’s years of schooling by less than five months.” Koellinger says “this implies that factors other than this one single factor that has received so much attention across the years account for 98 percent of the other variation in cognitive test performance.”

“Yet, the effect is strong enough that all future studies that will try to unravel the relationships between more fine-grained measures of brain anatomy and cognitive health should control for total brain volume. Thus, we see our study as a small, but important, contribution to better understanding differences in cognitive health.”

From the outset, the researchers sought to minimize the effects of bias and confounding factors in their research. They pre-registered the study, meaning they published their methods and committed to publishing ahead of time, so they couldn’t simply bury the results if the findings appeared to be insignificant. Their analyses also systematically controlled for sex, age, height, socioeconomic status, and population structure, measured using the participant’s genetics. Height is correlated with higher better cognitive performance, for example, but also with bigger brain size, so their study attempted to zero in on the contribution of brain size by itself.

Earlier studies had consistently identified a correlation between brain size and cognitive performance, but the relationship seemed to grow weaker as studies included more participants, so Nave, Koellinger, and colleagues hoped to pursue the question with a sample size that dwarfed previous efforts. 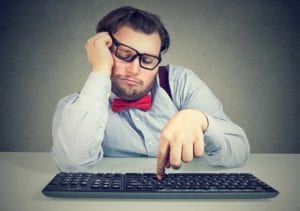 Beating Procrastination.
This 10 Video training program for everyone explains what procrastination is all about and what you can do about it.

The study relied on a recently amassed dataset, the UK Biobank, a repository of information from more than half-a-million people across the United Kingdom. The Biobank includes participants’ health and genetic information, as well as brain scan images of a subset of roughly 20,000 people, a number that is growing by the month.

“This gives us something that never existed before,” Koellinger says. “This sample size is gigantic—70 percent larger than all prior studies on this subject put together—and allows us to test the correlation between brain size and cognitive performance with greater reliability.”

Measuring cognitive performance is a difficult task, and the researchers note that even the evaluation used in this study has weaknesses. Participants took a short questionnaire that tests logic and reasoning ability but not acquired knowledge, yielding a relatively “noisy” measure of general cognitive performance.

Using a model that incorporated a variety of variables, the team looked to see which were predictive of better cognitive performance and educational attainment. Even controlling for other factors, like height, socioeconomic status, and genetic ancestry, total brain volume was positively correlated with both.

The findings are somewhat intuitive. “It’s a simplified analogy, but think of a computer,” Nave says. “If you have more transistors, you can compute faster and transmit more information. It may be the same in the brain. If you have more neurons, this may allow you to have a better memory, or complete more tasks in parallel.

“However, things could be much more complex in reality. For example, consider the possibility that a bigger brain, which is highly heritable, is associated with being a better parent. In this case, the association between a bigger brain and test performance may simply reflect the influence of parenting on cognition. We won’t be able to get to the bottom of this without more research.”

One of the notable findings of the analysis related to differences between male and females. “Just like with height, there is a pretty substantial difference between males and females in brain volume, but this doesn’t translate into a difference in cognitive performance,” Nave says.

A more nuanced look at the brain scans may explain this result. Other studies have reported that in females, the cerebral cortex, the outer layer of the front part of the brain, tends to be thicker than in males.

“This might account for the fact that, despite having relatively smaller brains on average, there is no effective difference in cognitive performance between males and females,” Nave says. “And of course, many other things could be going on.” 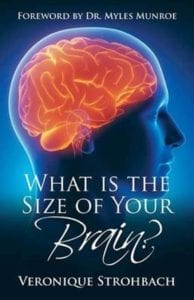 What Is the Size of Your Brain? : Foreword by Dr. Myles Munroe

The authors underscore that the overarching correlation between brain volume and “braininess” was a weak one; no one should be measuring job candidates’ head sizes during the hiring process, Nave jokes. Indeed, what stands out from the analysis is how little brain volume seems to explain. Factors such as parenting style, education, nutrition, stress, and others are likely major contributors that were not specifically tested in the study.

“Previous estimates of the relationship between brain size and cognitive abilities were uncertain enough that true relationship could have been practically very important, or, alternatively, not much different from zero,” says Kable. “Our study allows the field to be much more confident about the size of this effect and its relative importance moving forward.”

In follow-up work, the researchers plan to zoom in to determine whether certain regions of the brain, or connectivity between them, play an outsize role in contributing to cognition.

They’re also hopeful that a deeper understanding of the biological underpinnings of cognitive performance can help shine a light on environmental factors that contribute, some of which can be influenced by individual actions or government policies.

“Suppose you have the necessary biology to become a fantastic golf or tennis player, but you never have the opportunity to play, so you never realize your potential,” Nave says. “We’re hopeful that, if we can understand the biological factors that are linked to cognitive performance, it will allow us to identify the environmental circumstances under which people can best manifest their potential and remain cognitively healthy.” Adds Koellinger, “We’ve just started to scratch the surface of the iceberg here.”