Before they were “Rackets” …

Before they were “Rackets” …

(A Contribution to the Field of Transformation by Dr. David Kamnitzer)

New breakthroughs in neuroscience and psychology are shedding new light on understanding and facilitating Transformational Shifts. The insight I share with you in this document is based on my study of memory reconsolidation and the model of Coherence Therapy developed by Ecker and Hulley.

Often times, seasoned students of transformation will recognize a “racket” — an “under the table” payoff for some behavior that is associated with unworkability in their lives, and they attempt to allow it to be there and continue to live their conscious Stand.

Sometimes that works … and sometimes it doesn’t.

This conversation is an invitation to look at a new possibility when that DOESN’T work.
We now know that “limbic learning” is through immersion and does not require conscious awareness. This learning, especially when associated with moments of shock, pain, loss, unconsciousness, dis-orientation, etc., tends to persist throughout time and space …

UNLESS … it is brought into felt awareness, languaged … and then contrasted with another felt awareness that DIS-CONFIRMS the original learning.

Such emotional learnings are often innocent attempts to be safe … or make sense of things … or to have one’s own space … or promote fairness, etc. In other words, the original learning did not BEGIN as a “racket”. It only became a racket when a limited identity or belief or schema was formed, and THEN egoic logic goes about its SURVIVAL function through the various rackets so elegantly described in the 1970’s by Werner Erhard.

What is becoming clear is that until the ORIGINAL function of the “unwanted” behavior is discovered (in the context of the schema correlated with the “limbic learning”) as a self-evident FELT SENSE combined with LANGUAGE, the force of that schema will tend to persist—no matter what the conscious mind is intending. 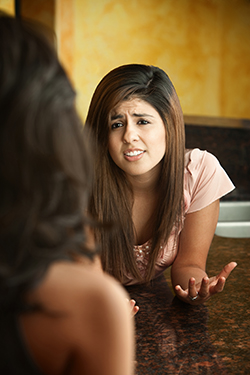 Here is an example …
A sincere Truth Student is consciously committed to releasing judgment and anger to become more peaceful. No matter how hard she “tries”—no matter how sincere she is in her desire to know Peace—the pattern persists even thought she consciously sees the pattern and the negative impact. It is not until she realizes that her “limbic learning” is something like; “I am only justified in setting appropriate boundaries when I am hurting and furious.” In other words, the symptoms (anger, judgment, lack of assertion) are a STRATEGY to attempt to realize the LEGITIMATE need and desire for her own space, appropriate boundaries, and assertiveness. Until this is brought to FELT and LINGUISTIC awareness, transformation is virtually impossible.

Once it IS brought to awareness, research in memory re-consolidation shows us that we have a FIVE-HOUR WINDOW of neural instability WHEN simultaneously another “emotional learning” (that is emotionally and linguistically as real and clear as the original learning) is logically DIS-CONFIRMING of the pre-supposition inherent in the original limbic learning. In this case the student is guided to her direct awareness of times she has directly seen people establish and maintain workable boundaries in a clear and peaceful way and opens to to the possibility that she can have that as well—in a way that is EMOTIONALLY REAL to her.

Now transformation simply occurs without any “force” or violent use of personal will.