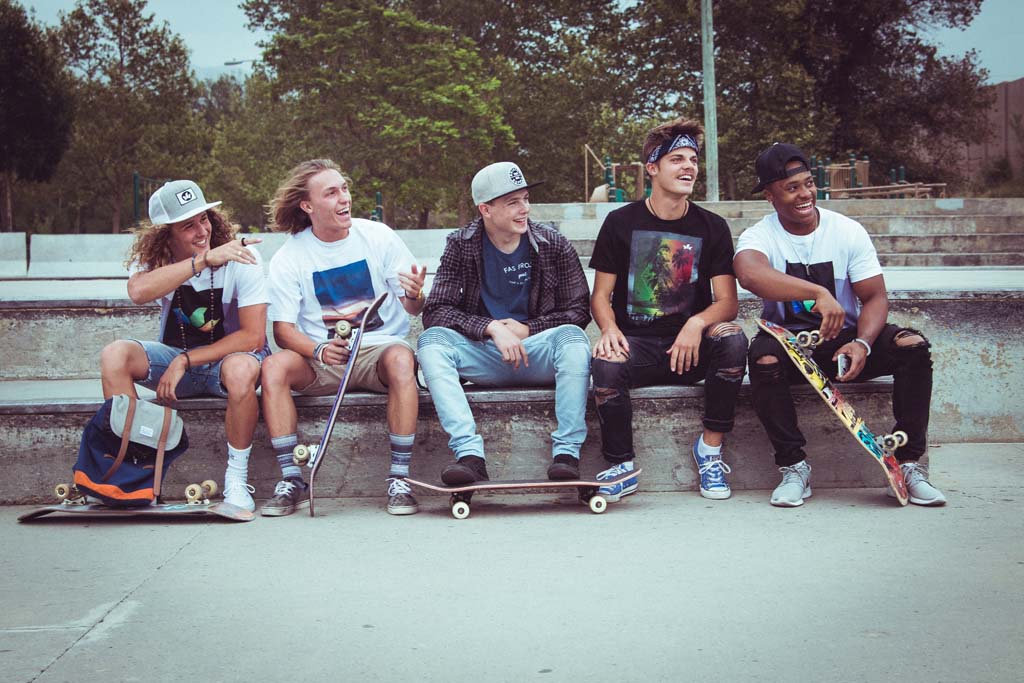 The way we talk to our peers as teenagers is an indicator of how healthy our adult relationships are. Photo by Parker Gibbons on Unsplash

New research shows that crude, vulgar or offensive talk — even among friends in private — can signal the beginning of a pathway leading to antisocial behaviors, substance abuse and romantic relationships dominated by anger, control and fear.

In a study published Developmental Psychology, researchers in the Arizona State University Department of Psychology investigated the long-term impact of family and friends on adults currently in romantic relationships. They discovered that peer influences, in addition to parenting, were associated with antisocial behaviors that led to coercive adult relationships.

The researchers studied 230 adults in committed romantic relationships as part of a large longitudinal study that began almost 20 years ago. The participants were between 28-30 years old and have been followed since they were 11–12 years old.

When the participants were 16–17 years old, they were asked to bring a friend of the same sex to the laboratory. While being videotaped, the teenage friends talked about topics like planning a party or an activity together, a problem of the participant or the friend, goals for the following year, drug and alcohol use, friends and peer groups, and dating. These videos were watched by the researchers, who then classified the conversations in terms of their social appropriateness and other communication characteristics. 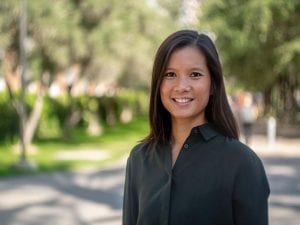 “The participants knew they were being filmed — they could see the video camera — but some of them discussed inappropriate topics and then the friends reinforced each other,” said Thao Ha, assistant professor of psychology at ASU and first author on the paper. “One teen might say something that violated social norms and the other would laugh, and they both would end up enjoying talking about deviant acts and objectifying members of the opposite sex.”

This reinforcement of inappropriate behaviors or conversations among peers is called deviancy training. An example of reinforcing inappropriate or illegal behaviors can be seen in the following conversation, in which the teenagers talk about how they obtain alcohol and end up laughing about drinking to excess.

Person A: The problem is we don’t have (alcohol) enough (because) it costs too much.

Person B: The main problem is we have to bug someone to get it. And we don’t even know who’s buying it.

Person B: The problem is with you that you’re an alcoholic.

Person A: Yeah and you like to get (obscenity) up.

Person A and B: (laughter)

Another example of adolescent deviancy training is one friend talking about the opposite sex in a disrespectful way and the other friend participating in and encouraging the disparaging talk.

The researchers found that both males and females engaged in deviancy training as teenagers.

In the current study, the same participants, now aged 28–30 years, came to the laboratory with their significant other. Like when they were teenagers, they were videotaped while talking about topics such as planning an activity, relationship challenges, how they met, jealousy and substance use.

The researchers again classified the communication between the couple, exploring the extent to which the behaviors were coercive or showed other features of being unhealthy. Statements such as “I hate you right now,” and threats of violence like “There are certain times I wanted to hit you,” or “There are certain points of time where I wanted to stab you” indicated a coercive relationship. Aspects of body language, such as laying one’s head on the table, eye rolling or leaning back in one’s chair instead of answering their significant other were indicators of unhealthy relationships.

Revealing the long-term impact of deviancy training, the participants who engaged in more deviancy training at age 16–17 were more likely to exhibit coercive behavior in their relationship at age 28–30. This effect occurred for both men and women.

Threatening and controlling behaviors in romantic relationships can lead to intimate partner violence, and there is widespread interest in preventing this kind of violence. Very few studies have looked at how partner violence and precursor behaviors emerge, said Deborah Capaldi, a senior scientist at the Oregon Social Learning Center who was not involved in the study. 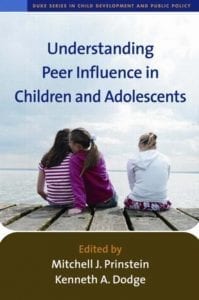 “A strong feature of this study is the direct observation of behavior with peers in adolescence and with intimate partners in adulthood,” Capaldi said. “Many individuals are not aware of how negatively their behaviors might appear to others. They might report they have a positive relationship with their partner, and yet when they are observed talking with their partner, they are using hostile and negative strategies.”

A coercive relationship in adulthood can also be problematic because it can affect the mental health of romantic partners and any children, creating cross-generational effects, Ha said.

In a 2016 study published in Developmental Psychopathology based on the same group of participants, the researchers found that the same deviancy training among friends — sexually coercive language in the videotaped laboratory sessions at age 16–17 — predicted whether they had engaged in acts of sexual coercion at age 21–23, as indicated both by arrest records for sex crimes and the reports of the participants.

How can one interrupt or prevent the effects of deviancy training? Ha said the first step is to understand the life history of the participants.

The researchers found that the quality of the parent-child relationship, measured when the child was 11, predicted relationship coercion almost 20 years later. The impact of early friendships was even stronger. Importantly, the strongest pathway was indirect: Disruptive parenting at age 11 created a “parenting vacuum” that allowed for antisocial behaviors to emerge. In turn, the antisocial behaviors contributed to the development of friendships with other teenagers who enjoyed deviancy training. The deviancy training impacted the level of coercion in adult romantic relationships over a decade later.