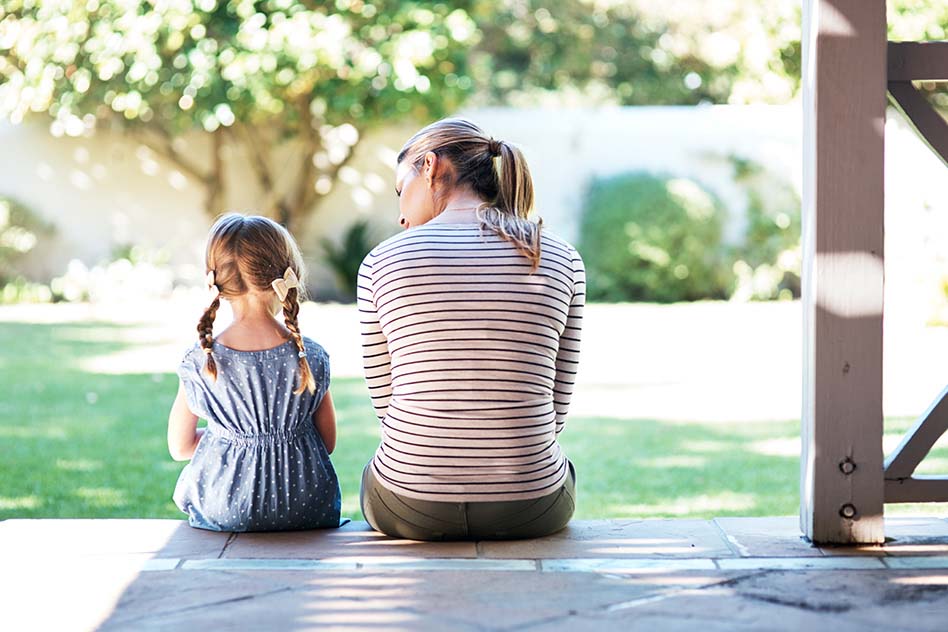 A landmark 1995 study found that children from higher-income families hear about 30 million more words during their first three years of life than children from lower-income families. This “30-million-word gap” correlates with significant differences in tests of vocabulary, language development, and reading comprehension.

MIT cognitive scientists have now found that conversation between an adult and a child appears to change the child’s brain, and that this back-and-forth conversation is actually more critical to language development than the word gap. In a study of children between the ages of 4 and 6, they found that differences in the number of “conversational turns” accounted for a large portion of the differences in brain physiology and language skills that they found among the children. This finding applied to children regardless of parental income or education.

The findings suggest that parents can have considerable influence over their children’s language and brain development by simply engaging them in conversation, the researchers say.

“The important thing is not just to talk to your child, but to talk with your child. It’s not just about dumping language into your child’s brain, but to actually carry on a conversation with them,” says Rachel Romeo, a graduate student at Harvard and MIT and the lead author of the paper, which appears in the Feb. 14 online edition of Psychological Science.

Using functional magnetic resonance imaging (fMRI), the researchers identified differences in the brain’s response to language that correlated with the number of conversational turns. In children who experienced more conversation, Broca’s area, a part of the brain involved in speech production and language processing, was much more active while they listened to stories. This brain activation then predicted children’s scores on language assessments, fully explaining the income-related differences in children’s language skills.

“The really novel thing about our paper is that it provides the first evidence that family conversation at home is associated with brain development in children. It’s almost magical how parental conversation appears to influence the biological growth of the brain,” says John Gabrieli, the Grover M. Hermann Professor in Health Sciences and Technology, a professor of brain and cognitive sciences, a member of MIT’s McGovern Institute for Brain Research, and the senior author of the study.

Beyond the word gap

Before this study, little was known about how the “word gap” might translate into differences in the brain. The MIT team set out to find these differences by comparing the brain scans of children from different socioeconomic backgrounds.

“If you can get the child to participate, not just listen, that will allow the child to have a better language outcome.”

The researchers found that the number of conversational turns correlated strongly with the children’s scores on standardized tests of language skill, including vocabulary, grammar, and verbal reasoning. The number of conversational turns also correlated with more activity in Broca’s area, when the children listened to stories while inside an fMRI scanner.

This result aligns with other recent findings, Romeo says, “but there’s still a popular notion that there’s this 30-million-word gap, and we need to dump words into these kids — just talk to them all day long, or maybe sit them in front of a TV that will talk to them. However, the brain data show that it really seems to be this interactive dialogue that is more strongly related to neural processing.”

The researchers believe interactive conversation gives children more of an opportunity to practice their communication skills, including the ability to understand what another person is trying to say and to respond in an appropriate way.

The researchers hope their findings will encourage parents to engage their young children in more conversation. Although this study was done in children age 4 to 6, this type of turn-taking can also be done with much younger children, by making sounds back and forth or making faces, the researchers say.

“One of the things we’re excited about is that it feels like a relatively actionable thing because it’s specific. That doesn’t mean it’s easy for less educated families, under greater economic stress, to have more conversation with their child. But at the same time, it’s a targeted, specific action, and there may be ways to promote or encourage that,” Gabrieli says.

Roberta Golinkoff, a professor of education at the University of Delaware School of Education, says the new study presents an important finding that adds to the evidence that it’s not just the number of words children hear that is significant for their language development.

“You can talk to a child until you’re blue in the face, but if you’re not engaging with the child and having a conversational duet about what the child is interested in, you’re not going to give the child the language processing skills that they need,” says Golinkoff, who was not involved in the study. “If you can get the child to participate, not just listen, that will allow the child to have a better language outcome.”

For anyone interested in this topic, there’s an education documentary ( http://www.greymattersdocumentary.com/ ) covering how three teachers resort to leveraging brain science to break through the boredom and disinterest of their students.. it’s a great exploration of the personal journeys leading these teachers to use a neuroscience-based teaching model, & showing the model in action w/in their locales / student age brackets (Roland Park Elementary/Middle School in Baltimore, Maryland; a high school in upstate New York, and a community college in Western Pennsylvania). What really struck me in this documentary was the intimacy with which some students and teachers respond to the model- it’s a very human showing of the personal factors that drive education – both from a teacher and a student standpoint. Told more from the human-experience standpoint, it also covers practical aspects of using brain-based teaching.. the film is also worth a look for use for teacher professional development credits.