Are We at a Tipping Point?

A few years ago, the Huffington Post  published an article: “Diet may be as important to mental health as it is to physical health.”  This comes on the heels of an opinion piece written by the executive of ISNPR (International Society for Nutritional Psychiatry Research) published in one of the most esteemed journals, Lancet Psychiatry (Sarris et al., 2015), entitled: “Nutritional Medicine as Mainstream in Psychiatry: A Consensus Position Statement from The International Society for Nutritional Psychiatry Research.” That same month, our article on “The Emerging Field of Nutritional Mental Health” (Kaplan et al., 2015) was published in Clinical Psychological Science. And, just this week, a report written by a task force advising on new dietary guidelines commissioned by the US departments of Health and Human Service and Agriculture recognized the importance of nutrition in mental health outcomes for the first time:

“The hypothesis that nutrition can reduce and/or play a role in the treatment of these mental diseases and their related burdens has been studied in relation to several nutrients and foods, including the B vitamins, vitamin E, and selenium. The omega-3 fatty acids eicosapentaenoic acid (EPA) and docosahexaenoic acid (DHA) are among the most studied nutrients for neural health, in part because DHA is a major component of the brain, specifically gray matter and its synapses, and the specialized light detecting cells of the retina. DHA, in particular, supports the amplitude and signaling speed of neural response. EPA has emerged as a nutrient with antidepressive properties and continued studies to define its role in prevention and therapy are underway. Sufficiently strong medical evidence has been obtained for EPA and DHA such that supplements are now considered as complementary therapy for major depressive disorder by the American Psychiatric Association and more recent data from a meta-analysis has found them effective. Before 2010, the number of published dietary pattern studies was small. However, a more substantial literature on dietary patterns and neuropsychological health has been published since 2010. The DGAC was therefore able to consider prevention of adult neuropsychological ill health for the first time.”

On a more local level, we have both been flooded with emails and inquiries from the public asking for more information about what we do, and requests for us to speak locally and internationally. Data collection for studies abound and we are both busy with writing manuscripts on nutrition and mental health as well as engaging in the never-ending search for funds for further studies. Julia’s TEDx talk has now received over 20,000 views, with so many encouraging comments. After decades of minimizing the role of nutrition in mental health, it would seem to us that the public and professionals are reuniting with the notion that nutrition IS important. So, with all of these exciting developments, we are both wondering, are we at a Tipping Point?

Malcolm Gladwell popularized the idea of a tipping point in his bestseller book (2010) “The Tipping Point”– describing the point in time when ideas and products and messages and behaviors spread just like viruses. It is that point where an idea can become contagious, little causes can have big effects and change no longer happens gradually, but at one dramatic moment. Could we be reaching that Tipping Point for nutrition and mental health? And if we are at the cusp of a Tipping Point, that means there is a fundamental belief that change is possible, and that people can radically transform their beliefs and their behaviours in the face of the right kinds of motivations. But the wider system also needs to be ready to adapt. 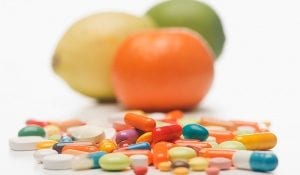 So we think the very Big Question is, can our health system cope? Our current system of funding and regulating treatments is going to need to adapt rapidly. And we suspect a lack of adaptation from regulatory authorities might cause a bottle neck. Two 1-year follow-up studies from Julia’s lab show that people often stop taking their nutrients even when those nutrients had successfully treated challenging psychiatric symptoms (Rucklidge et al., 2014). Why? Cost, of course. Often they switched to medications as those are subsidized or covered by insurance whereas the nutrients are not. The issue isn’t that there is no money available through the public system, it’s just that money needs to be redirected within a system that is driven largely by the pharmaceutical industry.

In Alberta, Bonnie and others have tried for years to get the provincial health care system to put micronutrient formulas on the ‘formulary list,’ which would enable doctors to prescribe them for mental health and people to obtain them at no (or little) cost. To the best of our knowledge, there is no insurance system in the U.S. that will cover the cost of a nutrient formula for mental health (there are some individual nutrients such as folic acid that are covered for heart health). What we need is for people to be able to afford better food and nutrient supplements as needed.

Other challenges we are faced with include the quality of products currently on the market as some, but not all, have been rigourously tested and many have never been researched for the treatment of mental health problems. We have discovered that often products tested in research are not the products being sold on the supermarket shelves but the public may not appreciate the differences in quality and dose quantity. Not all supplements are created the same. MIA recently highlighted a study that came out of the University of Auckland that showed that fish oil supplements in New Zealand are highly oxidized and do not meet label content of omega 3 polyunsaturated fatty acids (PUFAs) (Albert et al., 2015). Almost all of the products available in NZ contain concentrations of EPA and DHA considerably below what was claimed on the label. More than two-thirds of the supplements tested contained less than 67% of the EPA/DHA levels claimed on the label.  Also, the vast majority of supplements studied exceeded the recommended levels of oxidation markers. Best before dates could not explain this oxidation.

Another very important study relevant to this issue is one that Julia supervised. It looked at vitamin levels in pills purchased in the supermarkets in NZ, and showed that the doses were probably too low to have any effect on psychological symptoms Rucklidge et al., 2014). Should nutrient supplements have to show a health benefit before being sold? Since the vast majority of  formulas are unstudied, that would be a politically unpopular step. Should individuals have to demonstrate that the supplements they are taking have benefited their health? This would also be complicated. We do not have any easy answers to this issue, but we do know that our current system of making psychiatric medications more economically accessible is simply wrong.

So … are we ready? Based on how many phone calls, emails, and invitations to speak we both are receiving, we think that the public is ready to accept the importance of nutrition for mental health. Can we take on the challenges outlined above? How should our health care systems deal with these challenges? We hope to hear some interesting suggestions from our readers.

Rucklidge, J. J., Harris, A. L., & Shaw, I. C. (2014). Are the amounts of vitamins in commercially available dietary supplement formulations relevant for the management of psychiatric disorders in children? New Zealand Medical Journal, 127(1392), 73-85.