One conclusion we could draw from this research is that if we would simply eat more raw foods, more nutrient dense foods, less processed foods, perhaps more organically grown foods (to eliminate the exposure to herbicides and pesticides that can affect the nutrient status of the crop), and increase our omega 3 intake by eating more fish, then we should all benefit greatly from such a change. We suspect that many people would benefit from an alteration in diet and there is certainly growing evidence that improving diet affects physical health. Whether that is true for mental health needs to be more rigorously tested, and we are encouraged that there are studies currently being conducted around the world attempting to manipulate diet to directly test this hypothesis.

Many questions emerge from this research and the primary one we focus on today is this: is it possible that a change in diet is sufficient to prevent illness? But we also need to question, can such widespread changes in eating patterns occur when there are so many powerful forces encouraging us to eat poorly, eat cheaply, and eat fast foods? Could these types of drastic dietary changes come from the grassroots, so to speak; that is, could they be consumer driven? The cultural anthropologist Margaret Mead is credited with saying the following about 60 years ago: “It is easier to change a man’s religion than it is to change the way he eats.” But even if dramatic improvements in dietary intake were achieved, would they really have the effect of remarkably reducing mental and physical outcomes? 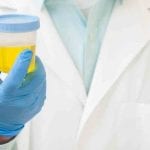 Research over the last hundred years has exposed the complex array of risk factors that exist for the various types of mental illness. No one approach is going to effect change for all. Lifestyle changes are just one of a number of modifiable risk factors; a truly huge contribution to improving mental health would be the elimination of poverty and wars. But if we just stick to the issue of diet and mental health (our blog topic), we think that there are people who may have underlying risk factors, perhaps genetic, that lead them to be more vulnerable to changes in diet quality. This possibility means that a change in diet may not achieve the desired effects as compared with someone without such vulnerabilities.

There was an excellent, high quality study in the UK published over 15 years ago showing that fresh vegetables and fruit have lower levels of nutrients than they did 50 years previously. If this reduction in nutrient quality is widespread, then even if people choose to eat foods perceived as nutrient dense, they may not be getting as nutritious a diet as they think. Further, add in possible genetic risks that may result in poorer processing or utilization of the nutrients that are consumed, then a dietary change alone may not be sufficient for everyone. Bruce Ames, an eminent Professor of Biochemistry at Berkeley, has written about how a third of the genetic mutations called in born errors of metabolism result in the production of less efficient enzymes and slower metabolic processes. But research has demonstrated that high doses of key vitamins can restore enzymatic activity to normal levels in people who have those genetic mutations.

One solution to this problem would be to not only change diet but also supplement with vitamins and minerals to provide the body with the full complement of nutrients required for the brain to function effectively and optimally. We have been building a story over our blogs, showing that there is evidence for the benefits to people with mental illness of taking additional nutrients. Nevertheless, we have both been accused over time of simply giving patients expensive urine. So we scoured the literature and reviewed all trials that had been done using broad-based micronutrient formulas for the treatment of all kinds of challenges ranging from depression to anxiety to autism and ADHD. The results of our systematic review, just published in Expert Review of Neurotherapeutics, were generally supportive of nutrients reducing these symptoms in people who had the symptoms to begin with. This is an important caveat as there have been some studies that have been done on nonclinical populations that do not show benefit; however, these studies cannot be extrapolated to clinical populations.

This conclusion, showing that there is value to using micronutrients to directly treat psychiatric symptoms, was drawn from all types of studies, ranging from the “gold standard” randomized controlled trials (RCTs) to case studies and naturalistic studies. There are numerous RCTs comparing micronutrients to placebo showing that the active groups as compared with the placebo groups had lower rates of rule infractions in prisons, lower stress, better mood, improved behaviours associated with autism, less aggression, etc. There is even some research to support that in nonclinical populations, positive changes occur in general wellbeing.

Mayer AB. Historical changes in the mineral content of fruits and vegetables. British Journal of Food. 1997;99:207-11.