When Julia published her first open-label trial of the mineral/vitamin formula sometimes called EMPowerplus, she received this email: “I am 34 yrs old and have had anxiety/depression/hypo/mood issues for as long as I can remember. The biggest problem I have is constant erratic racing thoughts which never allow me to get proper sleep.  I have seen so many doctors, sleep specialists, Psych’s and tried many drugs. I need to finally fix this as I have a lot to live for. I guess what I am asking is Can we get EMP+ in New Zealand? and do you believe it is worth a try? Or do you think (like a lot of internet discussions) that it is a waste of time?”

Four years later, we could finally and confidently say, they are not a waste of time. Over 20 studies using other experimental designs (within-subject crossover, etc.) had provided extensive preliminary evidence of that, but now Julia’s group has finally completed the type of trial that scientists and physicians pay attention to, which hopefully might filter down to the consumer.

Julia had received a lot of media attention as a result of her blinded RCT published in a prominent journal, the British Journal of Psychiatry, showing that micronutrients were better than placebo at improving ADHD and mood symptoms in adults (http://bjp.rcpsych.org/content/204/4/306.full). 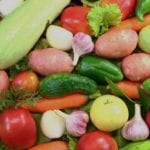 In summary, this study is the first placebo-controlled RCT to investigate the efficacy and safety of a broad-based vitamin/mineral formula in the treatment of ADHD in adults. We demonstrated that micronutrient treatment induced robust improvements in several areas, from ADHD symptoms, to depression, to global assessment of functioning, compared to placebo. Indeed, the effect of micronutrients is comparable, if not better than, other non-pharmacological treatments for ADHD, including omega-3s and food restriction diets, making it a serious alternative for those who choose not to take medications. It now needs further replication in larger samples.

It’s wonderful to see this paradigm of brain and menta health gaining a higher profile. I would love to see something similar confirming the results of this pilot study. I understand there is something along those lines in the pipeline. Great work! http://www.aph.gov.au/Parliamentary_Business/Committees/House_of_representatives_Committees?url=ee/mentalhealth/subs/attach01.pdf