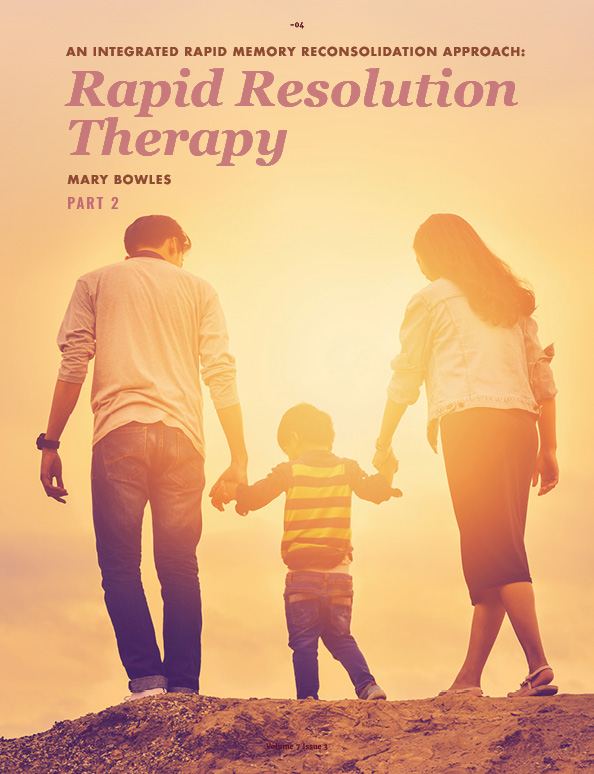 Read this article as part of a course!

Members use your 100% off coupon [Content protected for subscribers only]

Neuropsychotherapy teaches us, through consistency theory, that human beings have five major brain needs. These are survival-brain needs that must be met before the limbic system will defer back to the thriving brain (Grawe, 2007; Rossouw, 2014, 2016). Establishing the needs of the survival brain before trying to enhance a thriving state is a bottom-up before a top-down approach. There must be an understanding in psychotherapy that we cannot think our way out of our survival brains; we have to feel our way out. My job as a therapist is to ensure survival needs are met before trying to enhance a client’s thriving state. The neuropsychotherapeutic framework requires that therapists help to enrich every client’s senses of motivation, safety, connection, control, and self.

Motivation requires the production of dopamine. Dopamine, a neurotransmitter, has many functions, including involvement in such things as movement, memory, and attention (Schultz, 2007). Another important role for dopamine is in the human reward system. Dopamine production occurs with satisfying experiences and when predictions based on earlier learning experiences, both conscious and unconscious, are satisfied. When a prediction is satisfied, dopamine molecules get excited and people feel forms of motivation as theyturn on  the thriving brain—an approach state—or to the survival brain—an avoidant state (Rossouw, 2014, 2016). As in the case of coping through meditation versus coping through the use of alcohol, motivation occurs whether the outcome will be effective or ineffective. One’s past memories predict future dopamine production regardless. If one learns such coping has been useful, the brain may lean toward using that coping technique again. Human brains are motivated toward certainty and predictability because the amygdala retains high level emotional memories that might affect survival. This is also why humans gravitate toward certainty and predictability, even in chaos. Even chaos can be predictable and offers certainty, thus it can be dopamine producing.

I mentioned conscious and unconscious learning, so it is also necessary to explain a way to discuss and understand unconscious and conscious brain activity with clients. A metaphor that works well for adults is to remember one’s vehicle driver training. When people begin learning how to drive, they must actively consider which pedal to use, which way to move the indicator, look left, look right, use the mirrors, and to know the traffic signs and signals. Subsequently, people drive from one town to another and never think about the pedals or the indicator. When you see a sign to slow down, your foot comes off the pedal without thought. The brain works in automatic ways even when you are not consciously aware it is working.

The survival brain requires physical as well as emotional safety before it will defer energy to the thriving brain (Rossouw, 2014, 2016). Safety is also consciously and unconsciously inferred with comfort. As I discussed previously (Part 1), human perceptions of threat to safety can activate a fight, flee, or freeze response regardless of whether that response is useful (an actual threat) or not (a perceived threat). For instance, because our brains are designed to fight, flee, or freeze in response to aggression, when someone yells, others near the yeller often experience a fight, flee, or freeze response. Yelling can often eliminate a sense of emotional safety. While yelling is not an actual threat, but rather an indicator of a potential threat, the brain may nevertheless perceive it as a threat, and the body will become activated to fight, flee, or freeze. Even if the person does not act, the sensation is still present (an avoid state).

Connection (attachment) is another need. Humans need to establish connection at the neural level, as well as connection with other humans. Human beings are social animals, and without connection with others they cannot further their species and are at greater risk. Consider another social animal, a deer say, separated from its herd. Because he is alone, the deer is at greater risk of being attacked. In a herd, a deer must only be faster than one other deer, and there are many other deer scanning the environment for signs of threat. So, when isolated from a group, a deer’s brain and body produce electrochemical signals that increase the deer’s hypervigilance to an attack. Human beings respond similarly. When isolated from one’s group, an individual’s brain and body heighten his/her stress state. It is a biological response. While humans seldom have to flee a lion in the bush, as in hunter–gatherer days, one still had only to be faster than one other hunter–gatherer. So, without connection, our brains cannot achieve their highest potential thriving state.

Humans have a need for control over their own lives. Control is not about the ability to control everything in one’s environment, but instead to influence one’s environment to reduce chaos and rigidity—what Dan Siegel (2010, 2012a, 2012b, 2015, 2016, 2018) calls integration, a state of being differentiated, but linked. A great example Siegel uses to describe differentiation and linking is as in a choir: “With each singer’s voice both differentiated from the other singers’ voices but also linked, harmony emerges with integration” (Siegel, 2018, p. 10). As humans we are linked, but we are also differentiated, or different from one another. We must promote and support integration for self and others in order to thrive as a collective whole. Integration is important in every aspect of one’s neuropsychotherapeutic needs. What one person perceives as safety, connection, motivation/satisfaction, and control may not be perceived the same by someone else.

As Rossouw (2016) noted, one’s sense of self is supported by the previous four needs of safety, connection, control, and motivation. When our environment is not enriched to support such needs, our perception of self is often poor, and our individual mental and physical health may also be at risk. I believe Siegel (2018) explains neuropsychotherapeutic needs quite well when he says:

When we differentiate and link, we integrate. We become balanced and coordinated in life when we create integration. Various scientific disciplines may use other terminology, but the concept is the same. Integration—the balancing of differentiation and linkage—is the basis for optimal regulation that enables us to flow between chaos and rigidity, the core process that helps us flourish and thrive. Health comes from integration. It’s that simple, and that important. (p. 10)

More than meeting the necessary steps for successful memory reconsolidation, rapid resolution therapy (RRT) has a number of useful components. RRT uses story-telling (by the clinician, not the client), metaphor, education, laughter, and hypnosis when needed. Much like meditation, hypnosis down-regulates the brain. Rossouw (2014) observed that hypnosis has been found effective for managing the perception of pain as it interferes with the brain’s typical communication patterns. Likewise, Siegel (2013, pp. 1–2) has this to say about meditation:

With repetition, an intentionally created state can become an enduring trait of the individual as reflected in long-term changes in brain function and structure. This is a fundamental property of neuroplasticity—how the brain changes in response to experience. . . . This electrical change in brain function is thought to reflect the cultivation of an ‘approach state’, in which we move toward, rather than away from, a challenging external situation or internal mental function such as a thought, feeling, or memory. Naturally, such an approach state can be seen as the neural basis for resilience.

Hindsight bias is the tendency to look back (knowing what happened) and falselythink that  the outcome was  more accurately predictable  than  it actually was when the decision was made (Kubany & Manke, 1995; Popiel, 2014; Williams, 1993). Hindsight bias contributes to creating an mismatch between prior and subsequent beliefs.

This may be a surprise for many—except RRT therapists: validation is not a mismatch or prediction error; validation is an agreement. Validation helps us connect to one another, but it does not help the hippocampus into action. And why, as a therapist, would I validate a belief I am working to help a client change? A RRT therapist does not say to a client such things as: “That must have been very difficult for you.” Both the therapist and the client know the answer is yes. RRT therapists will offer a new experience instead, thus activating the hippocampus to apply a different context. For example, I might say, “Let’s clear that up” with the goal of keeping them present and not hijacked by the amygdala (Siegel & Bryson, 2012).[Content protected for subscribers only]