Texas A&M researchers have found that they can indirectly retrieve and weaken fear memories. The discovery has therapeutic implications for treating trauma.

Scientists could be a step closer to finding a way to reduce the impact of traumatic memories, according to a Texas A&M University study published recently in the journal Nature Neuroscience.

The report details a study by researchers from the Department of Psychological and Brain Sciences and the Institute for Neuroscience. Stephen Maren, professor of psychological and brain sciences, said the group’s findings suggest that procedures used by clinicians to indirectly reactivate traumatic memories render a window whereby those memories can be altered, or even erased completely.

In therapy, imaginal reminders are often used to safely retrieve traumatic memories of experiences. For example, Maren said a military veteran wounded by an improvised explosive device may be asked to re-experience trauma cues – like the lights and sounds of the explosion – without the negative consequences. The idea is that the fear responses can be dampened through this exposure therapy. 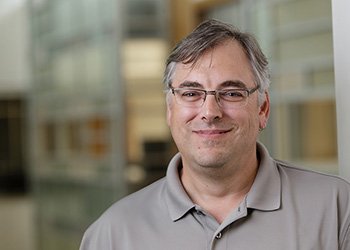 “The one major challenge is when you do the extinction procedures, it doesn’t erase the original trauma memory,” Maren said. “It’s always there and can bubble back up, which is what causes relapse for people who re-experience fear.”

With this in mind, the researchers hoped to answer whether they could isolate a memory and drive fear responses by reactivating it artificially – and potentially disrupt the original memory itself. Maren said their findings suggest that procedures currently used by clinicians to indirectly reactivate traumatic memories create an opportunity to change or eliminate them.

To do this, the researchers used a conditioning procedure in which a cue becomes indirectly associated with a fearful event. When the cue is presented later, it indirectly reactivates a memory of the event and increases activity in the hippocampus, a brain area important for memory.

The study showed that indirectly reactivating a contextual fear memory through re-exposure to the cue can make the memory vulnerable to disruption. Maren said further research is needed to answer if scientists can produce a permanent loss of the traumatic information.

Authors on the study are Maren, Reed L. Ressler, Travis D. Goode, Sohmee Kim and Karthik R. Ramanathan. This research was funded by the National Institutes of Health.