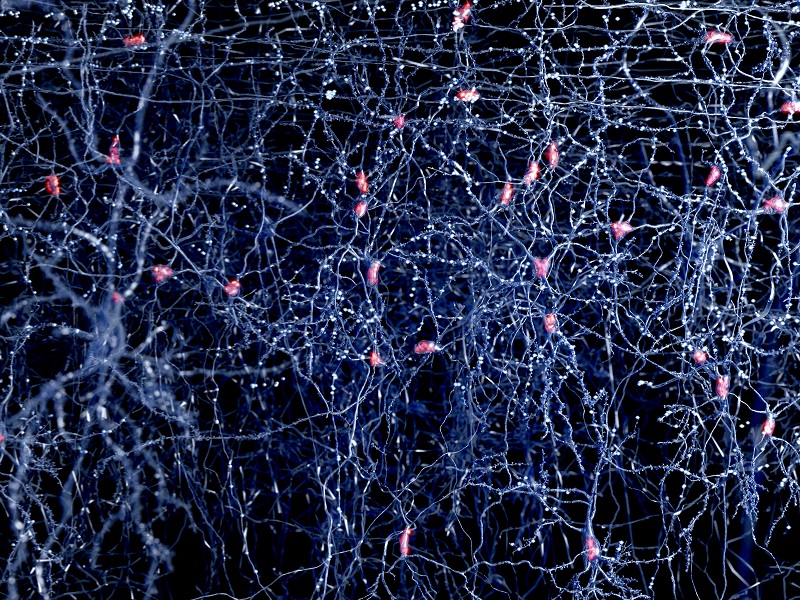 The Allen Institute for Brain Science has added the first data from human nerve cells to the Allen Cell Types Database: a publicly available tool for researchers to explore and understand the building blocks of the human brain. This first release includes electrical properties from approximately 300 living cortical neurons of different types derived from 36 patients, with accompanying 3D reconstructions of their shape or anatomy for 100 cells, and computer models simulating the electrical behavior of these neurons. The database will also contain gene expression profiles, based on measurements of all genes used by 16,000 individual cells, from three adult human brains. Data from these human cells provide an unparalleled window into the intricate components, circuitry and function of the human neocortex, including features that make our brains unique. The Allen Cell Types Database is freely available at http://celltypes.brain-map.org.

“Our goal is to truly understand how the human brain works, not just the brains of mice or other animals that most brain scientists study. There is no better way to do that than to directly examine live cells of the human cortex,” says Christof Koch, Ph.D., Chief Scientist and President of the Allen Institute for Brain Science. “The human brain is the most complex piece of highly organized and active matter in the universe, and it is critical to understand its building blocks if we ever hope to comprehend how it works as a whole.”

“For the first time, we’re taking a systematic and open access approach to understanding the human cortex by studying the anatomy and electrical activity of individual cells in living slices of human brain,” says Ed Lein, Ph.D., Investigator at the Allen Institute for Brain Science. “Our goal is to understand the detailed organization of the human cortex, the outer layer of neurons that mediates our perception, memory, thoughts and consciousness, by reducing its complexity to a smaller number of component cell types, which we can define based on their function, anatomy, connectivity and gene usage. These data also let us ask what is unique or specialized about human brain, and what goes wrong in human-specific diseases.”

“The addition of data from live human cells to the Allen Cell Types Database is a watershed moment in the development of this unique resource,” says David J. Anderson, Ph.D., Seymour Benzer Professor of Biology, and Director of the Tianqiao and Chrissy Chen Institute for Neuroscience at the California Institute of Technology and Investigator of the Howard Hughes Medical Institute. “The generation of such high-quality human neuronal data, at this large scale is unprecedented. It will have a major impact on researchers and labs all around the world seeking to understand the fundamental components of the human brain that endow it with its unique properties.”

Gathering this data is made possible through collaborations with Seattle-area neurosurgeons Jeffrey Ojemann, M.D., Andrew Ko, M.D., Ryder Gwinn, M.D. and Charles Cobbs, M.D. When patients require surgery for conditions like epilepsy or brain tumors, surgeons often need to remove a small piece of cortical tissue to reach the surgical target. This tissue is typically treated as medical waste and destroyed. Allen Institute scientists rapidly transport this tissue back to the lab, where they can study the shape and behavior of live human brain cells.

“Throughout the UW School of Medicine, we aim for a better understanding of the human body and human brain, and our collaboration with the Allen Institute has been a very natural one,” says Jeffrey G. Ojemann, M.D., Vice Chairman and Professor of Neurological Surgery at UW Medicine. “Their approach of thinking big and using high-throughput, large-scale methods has made them an exciting partner in our shared mission of understanding the brain. We will undoubtedly learn about many different diseases and disorders as we pursue this fundamental question of cell types in the brain.”

Working with human tissue has revealed its remarkable viability. Once transported to the lab, the tissue can be studied for a much longer time than tissue derived from the laboratory mouse, the most common animal model in the biomedical sciences.

“In the four years we have been conducting these experiments, we have found it is possible to work with the human brain tissue far longer than previously reported in the literature,” says Jonathan Ting, Ph.D., Assistant Investigator at the Allen Institute for Brain Science. “One of our hopes is that by pursuing work on living human brain cell types at a large scale, and by sharing our data publicly, we can inspire others in the scientific community to shift their own work toward human surgical tissue, in order to more directly address many of the scientific questions in the neuroscience field.”

By examining human brain cells in parallel to those of the mouse, the most common model organism in biomedical research, this resource also allows comparison between species. While many general features of cellular structure and function are similar, the details can differ. For example, the shapes of human neurons are much larger and more complex, while the usage of many genes changes across species.

“We are beginning to find that certain types of neuronal and non-neuronal cells have very different properties in mouse and human,” says Lein. “If we want to understand the specifics of human brain function in health and disease it is essential to study the human brain itself.”

The Allen Institute recently received nearly $100 million in funding from the National Institutes of Health, including nearly $34 million to lead a collaboration to further this work in studying and characterizing cell types in human tissue, and create a community resource for sharing the data.

This data release also includes additional updates to existing resources, including updated reference atlases and annotations, new data sets in the Allen Mouse Brain Connectivity Atlas, and a prototype software package for building and simulating computational models of neurons and neural circuits, including the human neurons described here. Community feedback is welcome on this initial test release, which can be viewed at https://github.com/AllenInstitute/bmtk.