A fairly limited number of official and translated materials on the origins of Soviet neuropsychology and the biography of its founder, Alexander Romanovich Luria, is available (Akhutina, 2003; Homskaya, 2001). Despite undoubted social restrictions pertaining to the Soviet era during his lifetime, as well as the many obstacles a scientist most probably would have encountered at that time, they could not prevent the fame and recognition of A. R. Luria from spreading throughout Europe and the United States of America; and now, it seems, his theoretical and practical developments in neuropsychology are being recognised and established far beyond these regions.

At first glance, Luria’s career pathway appears to have been somewhat disrupted or incoherent. Nevertheless, with better understanding of the unstable circumstances of his life, there can be no doubt that this remarkable scholar most definitely accomplished his “primary ambition…to become a psychologist” as well as his desire “to take part in creation of an objective approach to behaviour that concentrated on real-life events” (Luria, 1979, p. 25). 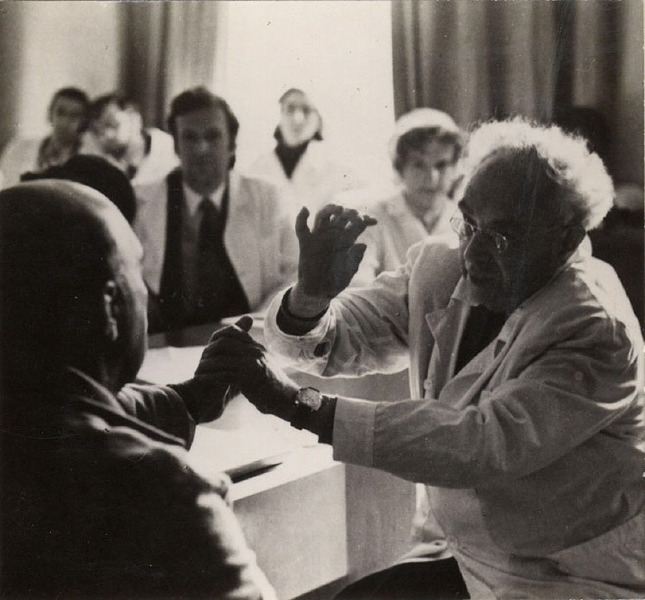 Luria began his education at the Faculty of Social Sciences at Kazan University in Kazan, his hometown, and the chief commercial centre on the Volga River, east of Moscow (Kuzovleva & Das, 1999); in the early 1920s, following the Bolshevik Revolution, he pursued his interest in medical science at the Medical Department of Kazan University, and subsequently at the First Moscow Medical Institute, in the late 1930s.

Luria was constantly engaged in research and teaching throughout his lifetime. While still a student at Kazan University, at the very beginning of his career, he established the Kazan Psychoanalysis Study Group that ultimately led on to the establishment of the new discipline of neuropsychology in Russia. From 1921 until the mid-1930s he worked with two of the most remarkable Russian psychologists, Lev Semyonovich Vygotsky and Alexei Nikolaevich Leontiev, on a wide variety of scientific issues relating to problems of the human mind.

In the period during World War II, 1939-1945, Luria was in charge of a base neurosurgical hospital in the village of Kisegach in the South Urals, which enabled him to obtain an enormous collection of data that was later used in the development of the theory and practice of Russian neuropsychology. By 1945 he had defended two doctoral dissertations: one, on functional disorders in the area of pedagogics, and another, in medicine, on aphasia (i.e., speech dysfunction resulting from brain damage, such as a stroke). In the following nine years he held the position of head of the Department of Neuro- and Pathopsychology at Lomonosov Moscow State University.

In Russia, Luria is considered an expert in the theory and methodology of psychological science—in particular, neuropsychology, defectology, the psychophysiology of localised brain injuries, and neurolinguistics. In the area of neuropsychology Luria is primarily known for developing the theory of systemic and dynamic organisation of the higher mental functions and the follow-up classification of violations of memory, speech, movement and cognition in cases of local brain impairments. On the basis of his theoretical beliefs Luria came up with a set of unique methodological techniques for the clinical diagnostics and further reconstruction of functional deficits, which is known internationally as the Luria-Nebraska neuropsychological battery (Purisch & Sbordone, 1986).

Luria’s understanding of brain functioning, the development of psychopathology, and the management of neural injuries, is extraordinary—especially for the way these ideas correspond with contemporary findings in neuroscience. For instance, his model of the three principal functional units of the brain (Luria, 1979) is essential for understanding all types of human mental processes, in addition to the full understanding of conscious activity as expressed in the research of Paul D. MacLean, who introduced the theory of the triune brain (MacLean, 1990). Luria’s focus on the role of the sensory impulses (primitive neural structures) is strikingly similar to MacLean’s “reptilian complex”; and resemblances with the paleomammalian and neomamallian complexes are also clearly identifiable.

It is also noteworthy that Luria’s description of the interplay between the advanced cortical system and primitive system is more specific and clearly described than many others (as is MacLean’s model), and was identified well before MacLean’s theories were published. One can only marvel about the insights of Luria and the advances in neuroscience that might have been occurred, had the effects of ideological isolation not been a global phenomenon for many years.