Afternoon slump or the brain’s expectations at work?

The brain’s reward centre activates differently across the day, peaking in the morning and evening, according to new research from Swinburne’s Centre for Mental Health. 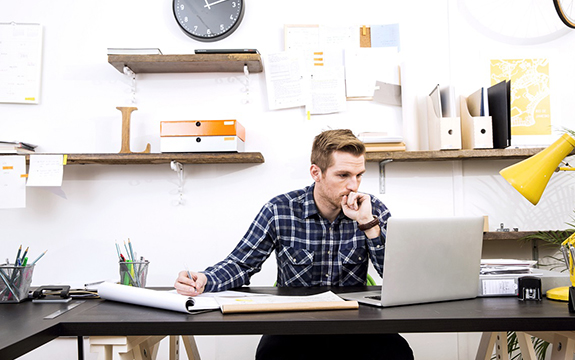 The brain may be ‘expecting’ rewards at some times of day more than others, because it is adaptively primed by the body clock.

PhD candidate Jamie Byrne and her supervisor Professor Greg Murray say this shows that the brain’s reward system is probably connected to the internal clock that primes 24-hour physiological and psychological processes.

They say the findings have significant implications for neuroscience research, which has typically ignored the time of day at which the brain is investigated.

The researchers hypothesised that the brain’s reward pathways would show predictable variation across the day because they are partly driven by the circadian system or body clock.

Sixteen healthy, right-handed men were given a gambling task across different times of day: 10am, 2pm, and 7pm. They were asked to guess the value of a card from a range of 1 to 9.

The subjects received a financial bonus for their best performance of the three times they completed the test.

Throughout the exercise, their brains were monitored by functional Magnetic Resonance Imaging.

“We found that activations in the left putamen, the reward centre located at the base of the forebrain, were consistently lowest at the 2pm measurement compared to the start and end of the day,” Ms Byrne says. 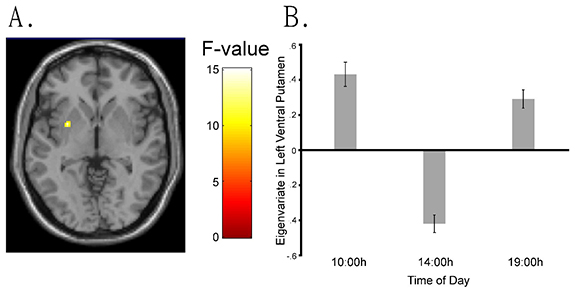 “Our best bet is that the brain is ‘expecting’ rewards at some times of day more than others, because it is adaptively primed by the body clock,” Ms Byrne says.

“The data suggest that the brain’s reward centres might be primed to expect rewards in the early afternoon, and be ‘surprised’ when they appear at the start and end of the day.”

The findings encourage future research to determine how the different aspects of brain reward vary across the day, with potential implications for treatment of bipolar disorder and other conditions.