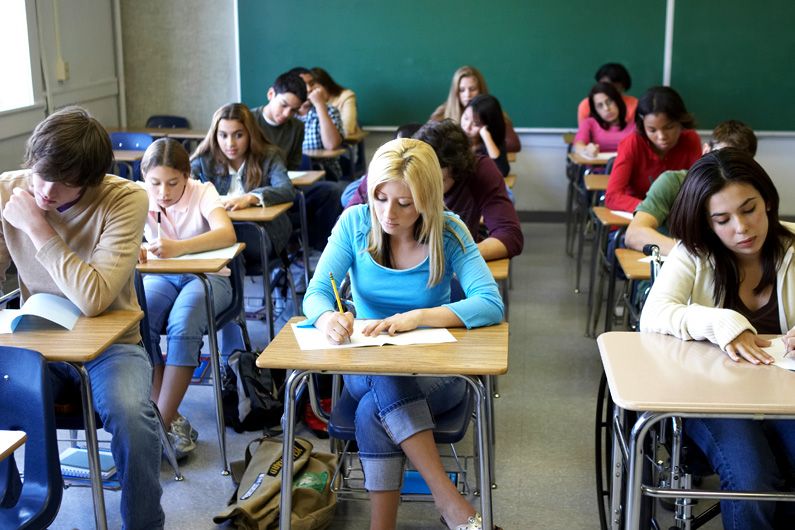 For students with high levels of anxiety, the proportion is 30 per cent.

That’s one of the main findings of a new longitudinal study of 5,469 students, primarily from disadvantaged backgrounds, in francophone schools in Quebec, that was conducted by UdeM’s School of Psychoeducation.

“We expected a linear relationship between anxiety level and the risk of dropping out,” said lead author Professor Frédéric Nault-Brière, whose study appears in the British Journal of Psychiatry. “In other words, the higher the anxiety, the greater the risk of non-completion. The findings, however, resulted in a bell curve. It’s the first time such a relationship has been observed.”

He was not surprised that students who experience high anxiety are at greater risk of not completing their secondary studies, a fact consistent with what other studies on the subject have found. The relationship between low anxiety and risk of dropping out was more unexpected.

“This result regarding students without anxiety is intriguing, and can’t be explained by socioeconomic factors or academic or behavioural problems,” Nault-Brière said. “Our hypothesis is that these students may be more likely than others to be bored or that they feel little emotion overall, which can affect their commitment to school. As with athletic performance or other cognitive tasks, a certain amount of anxiety or stress seems to help maintain academic commitment and promote success.”

While studies about school non-completion have so far focused mainly on the causes of academic difficulties or behavioural problems, very few have examined internalized problems such as anxiety. According to Nault-Brière, the details revealed by this new study may explain the sometimes contradictory results observed in other studies regarding the relationship between dropping out and psychological difficulties. “We should now consider the possibility of a curvilinear rather than linear relationship,” said Brière.
Depression: A risk factor for good students

The second part of the study, conducted with the same group of students, looked at the links between depressive symptoms and school non-completion, and revealed another intriguing fact: “Depression is a risk factor for dropping out, but only among students who do better than average in terms of academic performance and commitment at the start of their secondary studies,” explained Nault-Brière.

The hypothesis of the research team is that, for students who already present the classic risk factors (academic or behavioural problems), depressive symptoms contribute little to the risk of non-completion. However, “for students who don’t present these classic risks, depressive symptoms could potentially cause an unexpected change in direction that could lead to dropping out,” Nault-Brière said.

As with anxiety, socioeconomic factors do not explain this finding. In addition, for good students affected with depression, the risk of non-completion is also 40% higher than other students.

According to Nault-Brière, although not substantial, this increased risk should factor into the development of prevention measures in order to be able to intervene effectively with all students. “This group doesn’t get enough attention,” he noted. “More turbulent or learning-challenged students are managed, but there should also be proactive screening of the quieter ones.”

The drop-out rate at the secondary level in Quebec is 15% to 20%. In the study cohort, one in five students left secondary school without returning during the six-year research period. Any mitigation measures for any risk group can have a significant impact.