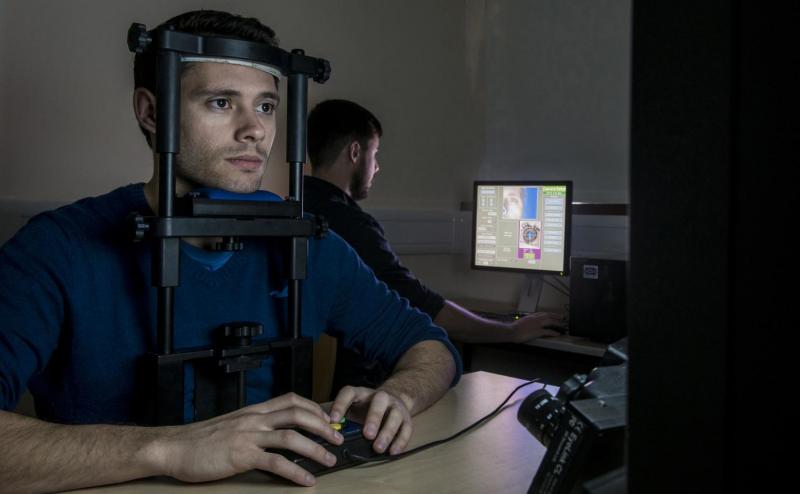 Teenagers with severe antisocial behaviour have difficulty recognising facial expressions and look less at important parts of the face, such as the eyes, when viewing faces, according to a new study.

Researchers at the University of Southampton (UK) and the University of Bath (UK) used eye-tracking and behavioural methods to investigate the causes of emotion recognition difficulties in teenagers, both boys and girl, with conduct disorder (CD). Their findings could pave the way for new treatments for children and young people with the condition.

Published in the prestigious Journal of Child Psychology and Psychiatry, the study shows that girls and boys with CD have difficulties in recognising emotional facial expressions compared to a control group of typically-developing children. These problems were particularly evident in boys with the condition and were seen for both static images and video-clips showing dynamic facial expressions.

The researchers also studied the participants’ eye movements while they were viewing facial expressions, to see whether their emotion recognition problems were explained by abnormal eye movements. They found that girls and boys with CD were less likely to look at the eye region of the face – which is important because the eyes are so critical in terms of communicating how we are feeling. However, the researchers found that the abnormal eye movements seen in the girls and boys with CD did not fully explain the emotion recognition difficulties they display, suggesting that even when they do look at the right part of the face, they still find it more challenging to recognise the emotional expression.

Symptoms of CD range from lying and truancy, through to physical violence and weapon use, at its more extreme end. It is thought that at least five per cent of school-age children are affected, yet the condition is poorly understood and thought to be under-diagnosed and often untreated. It is different from more well-known behavioural conditions, like ADHD, although many children suffer from both disorders at the same time.

This new study suggests CD is linked to emotion recognition difficulties and abnormal eye movements in both boys and girls. This may have important implications for developing new psychological interventions for the condition. The fact that boys with CD showed more problems in recognising emotions and more atypical eye movements than girls suggests that boys with this condition might need more comprehensive and long-term interventions than girls.

Senior author on the study, Professor Wendy Adams, from Psychology at the University of Southampton, explains: “Our work shows that boys and girls with severe antisocial behaviour find it difficult to recognise facial expressions – particularly when the emotion being expressed is negative, such as anger, disgust or fear. Importantly, our concurrent eye movement analyses allow us to understand more about the reasons for these deficits. Adolescents with CD are less inclined to spend time looking at the eyes of a face. More importantly, however, irrespective of their eye movements, they struggle to interpret visual signals, to make sense of other people’s emotional states. Our findings are important for the development of treatments to help adolescents with CD, and especially males, to navigate interpersonal interactions.”

The study involved 50 young people with CD and 51 typically developing young people, all aged between 13 and 18 years.