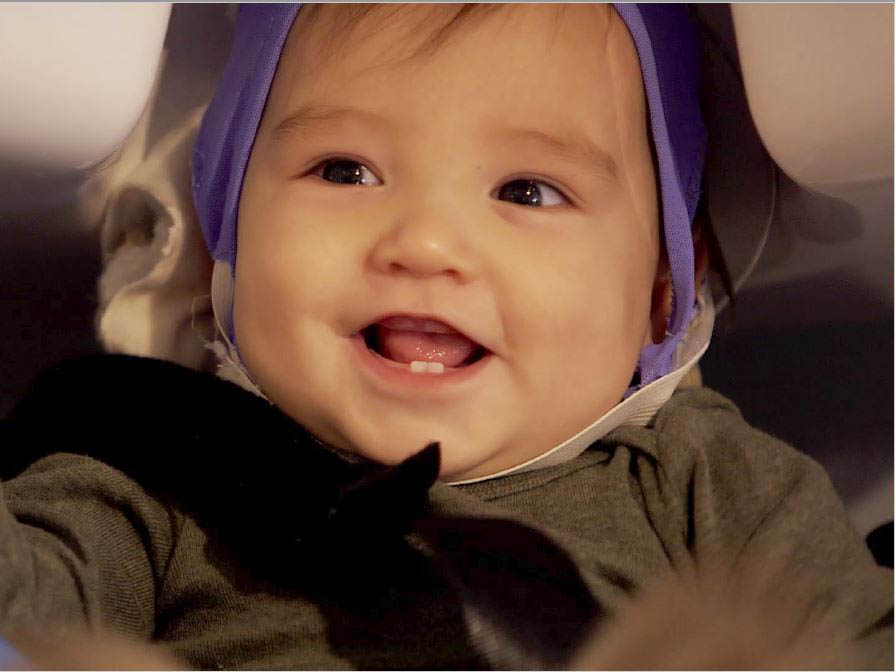 A 7-month-old baby sits in the Magnetoencephalography machine at the UW Institute for Learning & Brain Sciences.Danny Alpert/No Small Matter

Touch is the first of the five senses to develop, yet scientists know far less about the baby’s brain response to touch than to, say, the sight of mom’s face, or the sound of her voice.

Now, through the use of safe, new brain imaging techniques, University of Washington researchers provide one of the first looks inside the infant’s brain to show where the sense of touch is processed — not just when a baby feels a touch to the hand or foot, but when the baby sees an adult’s hand or foot being touched, as well.

The evidence of activity in the somatosensory cortex for both “felt touch” and “observed touch” shows that 7-month-old infants have already made a basic connection between “self” and “other,” which researchers say lays the groundwork for imitating and learning from the behavior of other people, and for empathizing with them.

“Before they have words for the body parts, babies recognize that their hand is like your hand, and their foot is like your foot. The neural body map helps connect babies to other people.”

“Long before babies acquire spoken language, touch is a crucial channel of communication between caregivers and babies,” said the study’s primary author, Andrew Meltzoff, UW psychology professor and co-director of I-LABS. “Now we have the tools to see how the baby’s body is represented in the baby’s brain. This allows us to catch the first glimpse of a primitive sense of self that provides a building block for social learning.”

For the study, researchers used the I-LABS Magnetoencephalography (MEG) machine to capture images of brain activity in 7-month-old infants as they were touched on the hand and foot, and as they watched videos of an adult hand and foot being touched.

Researchers were particularly interested in the brain’s somatosensory cortex, a region generally described as a strip of tissue in the brain that runs between the ears, over the top of the head. It is in this region, in separate places and at different levels of strength, that the brain processes touch to different parts of the body. A touch to the hand, for example, is a stronger sensation – and is processed in a different location along the somatosensory cortex – than a touch to the foot. 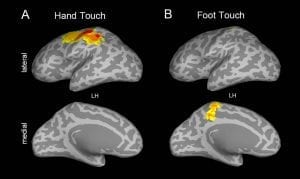 In the first experiment, each infant was seated in the MEG to measure brain activity as they received light touches. A small, inflatable balloon-like device was placed on the top of the baby’s hand, and when it expanded and contracted according to a computer-controlled timetable, it produced light taps on the baby’s skin. The same procedure was followed for the top of the baby’s foot.

A different group of infants provided data for the “observed touch” experiment, in which they also were seated in the MEG but watched separate videos of an adult hand and an adult foot being touched by a small rod. Researchers discovered that the infants’ own somatosensory cortex (the “touch center” in the baby brain) also became activated when the babies simply observed someone else being touched.

There was a weaker response to “observed touch” than to “felt touch,” which was expected, Meltzoff said. The same is true of adults: A touch to your own hand is going to generate greater brain activity in the somatosensory cortex than merely seeing the touch to someone else’s hand.

The key, Meltzoff pointed out, is that the same part of the infant’s brain registered both kinds of touch, indicating a baby’s capacity for recognizing the similarity between their own body parts and those they see in other people.

This new evidence for shared neural regions processing touch to self and touch to others makes sense, Meltzoff said. As parents know, babies watch and imitate what adults do. Imitation is a powerful learning mechanism for infants, but in order to imitate, infants have to perceive how body parts correspond. In other words, they need to reproduce the same movement with the same part when they imitate what their parent is doing. 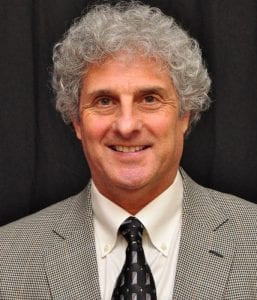 Scientists have wondered how infants make this connection. “Before they have words for the body parts, babies recognize that their hand is like your hand, and their foot is like your foot. The neural body map helps connect babies to other people: The recognition that another person is ‘like me’ may be one of the baby’s first social insights,” Meltzoff explained.

With development, this “like-me” recognition eventually flowers into feeling empathy for someone else. If you see someone accidentally hit their thumb with a hammer, you rapidly, if perhaps imperceptibly, recoil by moving your hand. This is where a shared neural body map that connects self to other comes into play.

Further research could use the MEG to investigate how infants develop more sophisticated body awareness as they grow older, the paper notes.

“The idea of using brain science to study how and when humans first feel a sense of connectedness with others is important and fascinating,” Meltzoff said. “We can now look under the hood and see what’s happening when a baby watches and connects to others. It’s a touching sight.”

Very useful information for my understanding of the development of self within the external environment. I was interested in the aspect of how this impacts empathy.