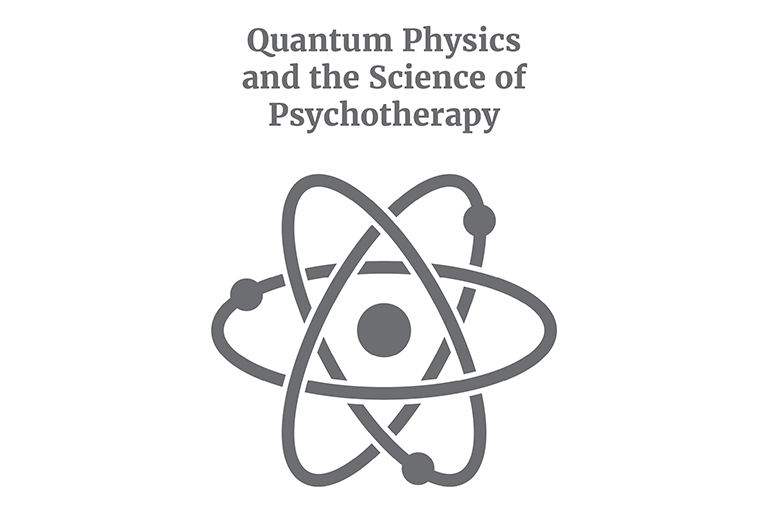 Read this article along with the rest of the issue as a course and gain 2 hours credit:

Ernest and Kathryn Rossi present their second article in their Leading Edge exploration of quantum physics and the science of psychotherapy. Their first article appeared last year in our September issue (Volume 6, Issue 9, 2018). In this article we are introduced to new research and a discussion of what this could mean for our understanding of the processes that underpin psychotherapy, how they might work and why research into quantum physics continues to be relevant in psychotherapy. With the Rossi’s approval, I have added some comments regarding the implications of the research presented here.

It is unabashedly prescient and speculative, but propositions from the minds of Ernest and Kathryn Rossi warrant our attention. This is truly an article from the Leading Edge. Please send your questions and comments. What can we create from this?

We will explore how Richard Feynman’s (1948) Path Integral Theory of Quantum Physics may have equivalence with Milton H Erickson’s (1964/2008) Many Paths to Effective Psychotherapy (see the other Rossi & Rossi article in this issue). There is no evidence that these two geniuses knew of each other’s work. We also have no prior discussion on how quantum physics could serve as a foundation for psychotherapy. Nor was this evident in the early origin of academic psychology research known as psychophysics, first named by German physicist and philosopher, Gustave Fechner, in his publication Elemente der Psychophysik in 1860 (see Boring, 1933, 1950). These early insights into the relationship of physics and psychology were just before the beginning of quantum science by Max Planck and Albert Einstein (~ 1900). We begin with a few quotes from the current issue of Science Magazine and some historic quotes from Richard Feynman that illustrate his Noble Prize-winning insights about the meaning and significance of the quantum world view for the 21st century. Our integration of physics by Feynman and psychotherapy by Erickson motivates us to propose a new quantum foundation for a client-responsive neuropsychotherapy that facilitates natural problem-solving and mind-body healing that is consistent with Milton H Erickson’s many paths model of therapeutic consciousness, cognition and rehabilitation with medical hypnosis (Hill & Rossi, 2017).

In a recent issue of Science, Bravyi, Gosste & König (2018) introduce the computable perspective (describing quantum processes in the context of research into quantum computing). They contrast traditional classical 17th Newton perspective of science with the new quantum world view for the 21st century. Ashley Montanaro (2018) explains the relevance of the breakthrough made by Bravyi et al. in the quest for quantum computing this way:

It is widely believed that large-scale quantum computers, when they are built, will outperform their standard, “classical” counterparts. This supposition has inspired huge public interest and very substantial state and private investment in the development of quantum computing hardware. Yet, is it actually correct? Bravyi, Gosste & König (2018) prove (1) the first rigorous separation between two analogous, natural quantum and classical computational-complexity classes. Quantum computers can solve certain problems, such as integer factorization (2) and simulation of quantum systems (3), exponentially faster than our best classical algorithms. Perhaps surprisingly, there is no rigorous mathematical proof that no better classical algorithm exists. Indeed, it is often extremely challenging to prove separations between computational-complexity classes. In particular, proving the existence of an exponential quantum speed-up would be a major breakthrough in complexity theory. Here, the authors sidestep this barrier by considering the setting of “low-depth” computations. These are computations that can be interpreted as a short sequence of groups of elementary operations (quantum or classical logical gates), where each group of operations takes place in parallel. Bravyi et al., describe an explicit family of problems that can be solved with a quantum circuit of constant depth, whereas any classical circuit must have depth that scales logarithmically with the size of the problem. Further, the quantum circuit contains only operations that act across nearest neighbors. (Montanaro, 2018 , p. 289)

Montarnao’s comments suggest to us there is evidence that a variety of calculations can be made at the quantum level with a constant “depth” of computational capacity. The classical computation, however, has to utilize a geometrically increasing number of calculation gates (the “0” and “1” gates that are the language of computing) as the problem increases in difficulty and complexity. We wonder how this can be translated to the human experience. If, in classical thinking (or what we might colloquially describe as “working it out”), it is harder to solve more difficult problems because of the increasing number of calculation gates required (which in the brain are neurons and/or synapses), than it can be at the quantum level for those problems, even as they become more complex. The problems are solvable faster and more effectively at the quantum level. We know that an individual can work laboriously through a problem and arrive at a realization or solution, but a flash of insight can also produce an equivalent or better answer in an instant which is then permanently transformative. Insights are accompanied by a flash of gamma-wave activity (Jung-Beeman, et al., 2004) – an energetic burst – that seems to transform neurological structures permanently and with seemingly little effort. We suggest that this is experienced in the moment of breakthrough we describe as the 3rd Stage of the creative cycle which precedes a rise of creative activity.
Feynman (1948) originally presented his new quantum perspective in this way.

It is a curious historical fact that modern quantum mechanics began with two quite different mathematical formulations: the differential equation of Schrödinger, and the matrix algebra of Heisenberg. These two, apparently dissimilar approaches were proved to be mathematically equivalent. These two points of view were destined to complement one another and to be ultimately synthesized in Dirac’s transformation theory…

This formulation [that is the subject of Feynman’s paper not reproduced here] was suggested by some of Dirac’s remarks concerning the relation of classical action to quantum mechanics. [Feynman’s paper shows that…] A probability amplitude is associated with an entire motion of a particle as a function of time, rather than simply with a position of the particle at a particular time. The formulation is mathematically equivalent to the more usual formulations. There are, therefore, no fundamentally new results.

Let us now enjoy Feynman’s “pleasure in recognizing old things from a new point of view” and explore whether this “new point of view about quantum mechanics could inspire ideas for the amplification of present theories” of cognitive/behavioral psychotherapy when we supplement them with our new quantum inspired reality neuropsychotherapy.

Feynman’s path integral formulation: the “many paths” idea made simple

The path integral formulation is a tool for calculating quantum mechanical probabilities. Feynman’s recipe, applied to a particle travelling from A to B, is the following:

Step 1: Consider all the possibilities for a particle travelling from A to B. This results in an infinite number of possibilities that include not just movements in straight lines, but loops and curves, varying velocities and making diverse detours:

This illustration only shows six of the infinite number of possibilities. It is possible that the particle went via Saturn or stopped for a rest along the way or even travelled via another galaxy. In short, the first step is to take into account all ways of travelling from A to B, however outlandish they may seem.

Step 2: Show mathematically which pathways cancel each other out, as we see with waves of opposite amplitude. The calculation ends up with all the outlandish pathways cancelling each other out, leaving those pathways that require the least action or the most efficient action. That often turns out to be the most direct, but also the most efficient or effective pathway (which is not necessarily a straight line). Physicists call such a sum over all possibilities a path integral or sum over histories.[Content protected for subscribers only] 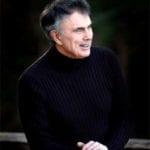 Ernest Lawrence Rossi, PhD in Clinical Psychology is internationally recognized as a gifted psychotherapist and teacher of innovative approaches to understanding the theory and practice of the quantum qualia of consciousness and cognition for facilitating gene expression and brain plasticity to optimize human performance, stress reduction and well-being in everyday life.