A New Psychotherapy for Trauma 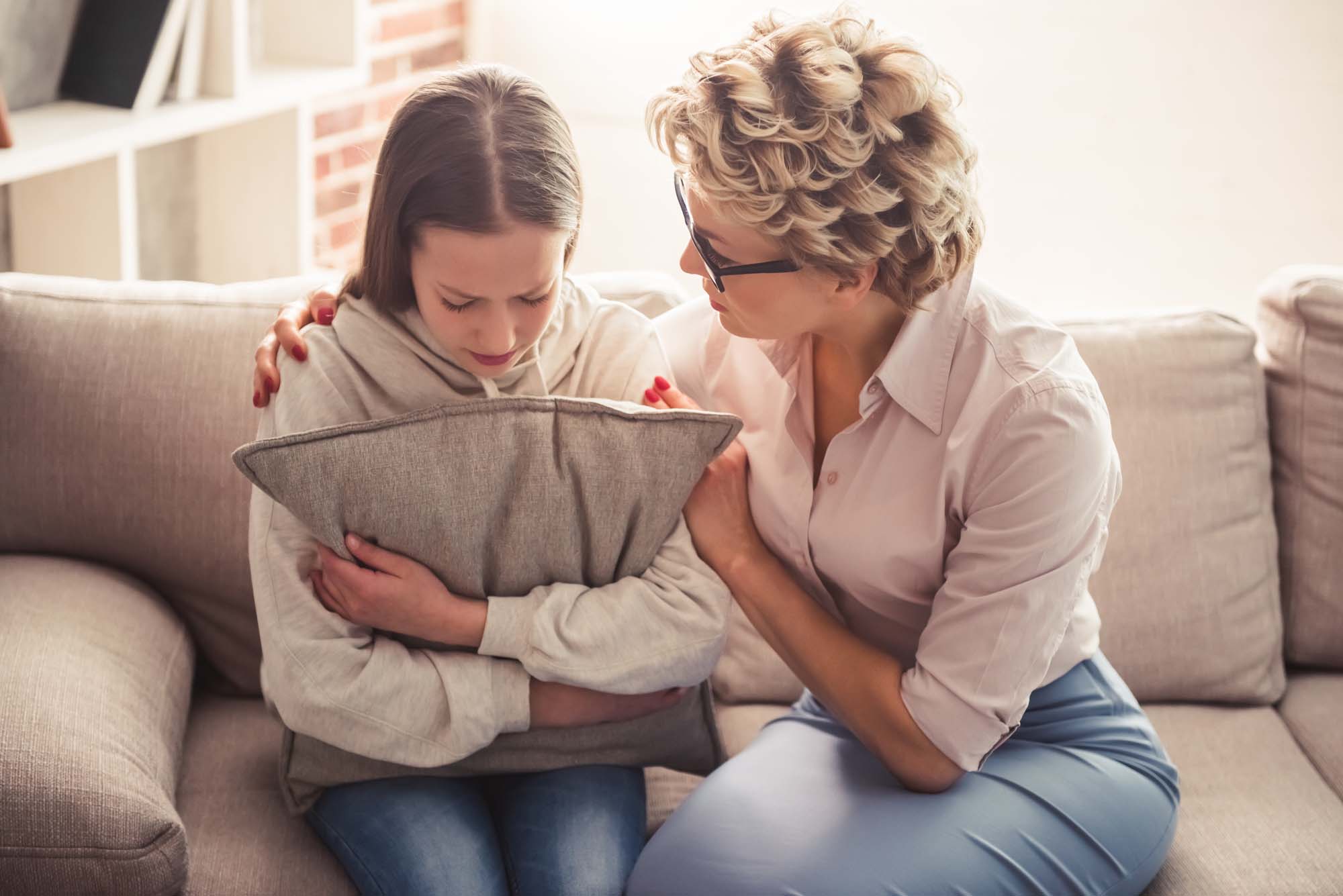 I was at the Bessel van der Kolk Trauma, the Body and Biology Foundations and treatment of trauma conference recently. Bessel van der Kolk is a former psychiatrist, researcher, therapist and author of The Body Keeps the Score. He made the point that our traditional medical model of mental health diagnosis and treatment has little scientific and psychological validity and does not offer effective treatment for a large proportion of mental health issues, particularly those who have experienced trauma or are dealing with emotional issues. This includes trauma in terms of PTSD and other kind of trauma-based conditions including depression and anxiety.

He made the point that often disturbances occur in the limbic area of the brain and that brain scans show that trauma frequently results in shutting down sections of the brain. This may often take place in the formative years of development and in everyday life in experiencing emotionally charged, upsetting, shocking or abusive situations where the brain is overwhelmed. The ‘fight and flight’ response is triggered but often cannot follow its preferred pathway with its intention to protect. Instead there is a psychological retreat to protect the individual from the pain. The hormones released for the flight and fight response are not utilised or dissipated, but rather shut down and stored in a trauma state in the mind and body. 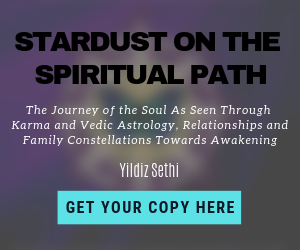 This is important knowledge because as he pointed out talk therapy, CBT and trying to rationalise or use logic for the feelings and experiences of the client is largely a waste of time. This often leads to frustration within the client because they can’t do what their therapist expects. Further therapists may either feel insufficient or poorly skilled or blame the client for ‘non-compliance’.

The people who have experienced trauma cannot connect with such approaches other than gain an intellectual understanding of their problem, but this is not a cure. Talk therapies and CBT largely attempt to connect through the cortex, that is the language and logic centre, that is often disconnected from the deeper parts of the brain where the emotional pain or damage is stored. In essence the trauma creates a traumatised state that splits off and becomes hyper vigilant in taking over the main states of the person concerned. Hence, they are often either numb or in a hyper vigilant state we may call anxiety that may lead to a sense of hopelessness, sadness or repressed anger that we may call depression.

Areas of the brain that are concerned with survival through the ‘flight and fight’ response become stuck in time and cut-off from the ability to be rational due to the pain of the unprocessed experience.

This makes sense if we consider the primal need for survival. That we have an inbuilt mechanism that switches off specific areas of the brain when it experiences overwhelm, so that in essence the mind is programmed to bury it deep in its attempt to protect.

Trauma is a state where the ‘fight and flight’ response is still in action or the process has been arrested. The person is stuck in their trauma and locked in the time and situation of that time and trauma. Their nervous system is still in the state of overwhelmed and unable to process.

We as practitioners need to understand that what has been experienced can often not be expressed in language, as words are often insufficient and unable to offer expression of the experience adequately. Further if trauma has occurred before the person could speak, this becomes even more problematic.

If talking about it helped, then the telling of the story of what happened would provide a cure. However, what often happens during talk therapy, is that revisiting it through the story, the person remains stuck in the past and stuck in their story and the process often causes re-traumatisation. Hence many people prefer not to go there if they are going to have to experience re-traumatisation over weeks, months and even years that may or may not be defused or integrated into a cure.

This is why new ways of working are necessary.

I know that there is relief in being able to tell the story, particularly if it has never been told, but going through a traumatic incident slide by slide is retraumatizing and does not cure or integrate for the most part. Also going over the story repeatedly is unhelpful as it re-imprints the traumatic neural pathways making the experience even stronger. 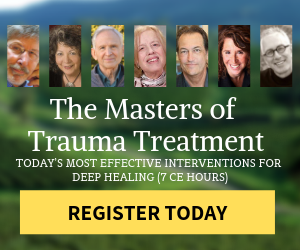 I was particularly pleased to hear Bessel van der Kolk’s verification of this knowledge and practice as this is what I have discovered through my experience with clients.

As a family constellations practitioner and clinical hypnotherapist and psychotherapist these experiences have informed the development of two new modalities over sixteen years of clinical practice. These are Rapid Core healing and Emotional Mind Integration.

In this new modality I have fine-tuned the philosophy and processes over several years of practice with clients to be able to access the core of an issue rapidly through a process I call body-sensing and trance. Even though the conscious mind may have repressed the information, the body remembers, and it may be easily accessed through body sensing. The disturbed state that I have named the disturbed Emotional Mind State is located and other more mature or competent Emotional Mind States are located to assist in naturally occurring Healing pathways. This allows the traumatised state to release its distress and recede into the background leaving present competent adult states free to take over in the present.

Yes, a lot takes place in a session, and yes, the clients are able to cope with it as it as a client centred process. Within the structure of the process the practitioner leads and follows the client at a pace that is right for them. This takes place at a surprisingly faster pace than most practitioners may imagine.

Rapid Core Healing (RCH) is a dual approach that is two pronged in dealing with systemic family and relational issues and problematic family of origin bonds. The formative years and the bonds formed in that period of early childhood become the blue print for how the person approaches and perceives life. If it is not a nurturing experience it can be source of dysfunction, poor choices and responses throughout life until it can be addressed. Until recently it was thought such deep experiences of poor bonding could not be addressed but only managed. John Bowlby did a lot of research into this in forming his Attachment Theory. The advent of Family Constellations by Bert Hellinger in the 1990’s, which is an experiential, solution focused and brief process that goes to the heart of deep dysfunction, entanglements and loyalties, leads the way in healing deep psychological wounds from formative years and generational patterns deeply and quickly.

The other prong of Rapid Core Healing is Emotional Mind Integration (EMI). EMI is a neuro-trance psychotherapy for resolving disturbed emotional mind states that have occurred due to going through the ups and downs of life experiences including trauma.

RCH philosophy takes into account the human requirements for love, connection, safety, justice, dignity and autonomy as a foundation for wellbeing knowing that their absence often leads to Dis-ease. The EMI modality is well structured to provide safety but also allows freedom for the client to be facilitated to follow their own healing pathway and find their own solutions. The process takes place in a light body based induced trance where the therapist maintains contact with them through verbal feedback throughout to check where they are throughout the process and guide them to the next step of the healing pathway. The EMI process takes place within a safe psychological and emotional structure and is guided by the therapist but has a lot of freedom within it to allow the client to find their own meaning, solutions and resolve emotions. Most of all they are able to regain their dignity and resilience. Hence this is a highly efficient, brief, neuro-trance psychotherapy for dealing with many disturbed emotional mind states. 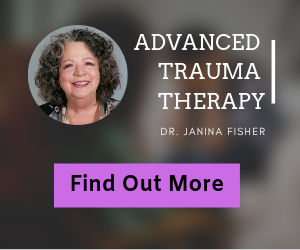 EMI works with disturbances and conflicts that develop through the process of living. In other words, those disturbances that are the result of the biography of a person’s life, the ups and downs of life situations that when un-processed can lead to depression, anxiety and a wide range of mental health issues.

Family constellations is systemic and works with the spatial arrangement of a person’s inner image of their situation or issue that are carried from the family of origin dynamics that consist of loyalties, entanglements, dysfunctions and love. In a Family Constellation workshop this takes place through representatives that tap into the systemic mind so that trauma may be processed, emotions and baggage released and a better order may be formed. This provides a healthier image that the client may take in as a newer blue print from which to operate. New perspectives may arise for better wellbeing. Family Constellations may take place in workshops or private sessions.

This makes sense in light of Norman Doidge’s claim that the Brain can repair itself which he presented in The Brains Way of Healing (2015). He repeated Hebb’s suggestion that, ‘What fires together wires together’ when discussing neural pathways firing simultaneously in promoting the ability of the brain to repair, adapt and grow. For example, this may include thoughts, emotions and body senses being activated together in one process.

In my journey of developing RCH, I became aware that dealing with elements in isolation is limited in being effective. Focusing on each of the following; emotions, thoughts (cognitions), beliefs, behaviour, symptoms and trauma individually is limited compared to working with several levels of experience and awareness simultaneously within each session. Body sensations, vision, sound, emotions, thoughts as well as the unconscious and systemic mind according to what is relevant to the client and their issue. Far better to deal with an issue and all that goes with it in one process to resolve all aspects of it, at the same time in a holistic approach.

This includes the recovery of many issues, from depression, anxiety, panic self-esteem, the underlying dynamics of addiction and recovery of sexual abuse and trauma in one modality and requires 3-5 sessions for more than 90% of the people who come to me for help.

A new approach is here to assist us as practitioners in helping those we serve in the best way we can in incorporating what is valuable from para-psychotherapy with the latest in neuroscience and epigenetics.