A gene required for addictive behavior

Researchers have now uncovered a gene that plays a crucial role in controlling these pathological changes.

Cocaine can have a devastating effect on people. It directly stimulates the brain’s reward center, and, more importantly, induces long-term changes to the reward circuitry that are responsible for addictive behaviors. Alban de Kerchove d’Exaerde from the Université Libre de Bruxelles, Belgium, and his colleagues have now uncovered that a gene called Maged1 plays a crucial role in controlling these pathological changes. This finding, published today in EMBO Reports, opens the door to further investigations into the molecular mechanisms underlying addiction-associated adaptations in the brain.

Maged1 is a member of a family of genes that first gained attention because they are active in tumors. However, Maged1 also functions in the brain and has been shown to play a role in neural fating and response to antidepressants. Moreover, activation of the Maged1 gene is altered by chronic cocaine treatment. Hence, de Kerchove d’Exaerde and colleagues set out to investigate whether Maged1 plays a role in cocaine addiction. 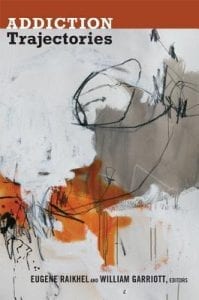 Every animal, including humans, feels pleasure when engaging in certain behaviors, such as eating, drinking or procreating. Rewarding stimuli lead to the release of dopamine from the ventral tegmental area (VTA) of the brain to other brain regions that are connected to the VTA, mainly in the Nucleus Accumbens (NAc), the hub of the reward system. Cocaine directly affects the reward system by blocking the removal of dopamine from the synapses, leading to a dopamine surge that over-activates the circuitry. This excess of dopamine induces long-lasting changes in the brain, eventually leading to addiction.

Some of the cocaine-induced changes occur in the prefrontal cortex. In healthy animals, the prefrontal cortex controls behaviors such as inhibitory control and emotion regulation. Alterations in these structures after cocaine abuse are thought to mediate many of the symptoms that characterize addiction such as drug-seeking, loss of control and poor decision making.

De Kerchove d’Exaerde and colleagues observed that mice lacking the Maged1 gene were entirely unresponsive to cocaine and that the release of dopamine in the NAc is diminished. They did not show any reaction normally observed after cocaine treatment, such as drug sensitization, an increased effect of the drug following repeated doses or addictive behavior like seeking up places where the animal expects a cocaine reward or auto-administration of the drug. In a subsequent set of experiments, the researchers scrutinized the role of Maged1 in different brain areas and found that it is specifically required in the prefrontal cortex and not in the neurons producing dopamine in the VTA for the development of cocaine sensitization and dopamine release.

Only very few mutations are known to induce a complete lack of behavioral response to cocaine. Other members of this small group are established components of the reward system. Maged1 thus serves as a promising new entry point into the analysis of the mechanisms underlying drug addiction.