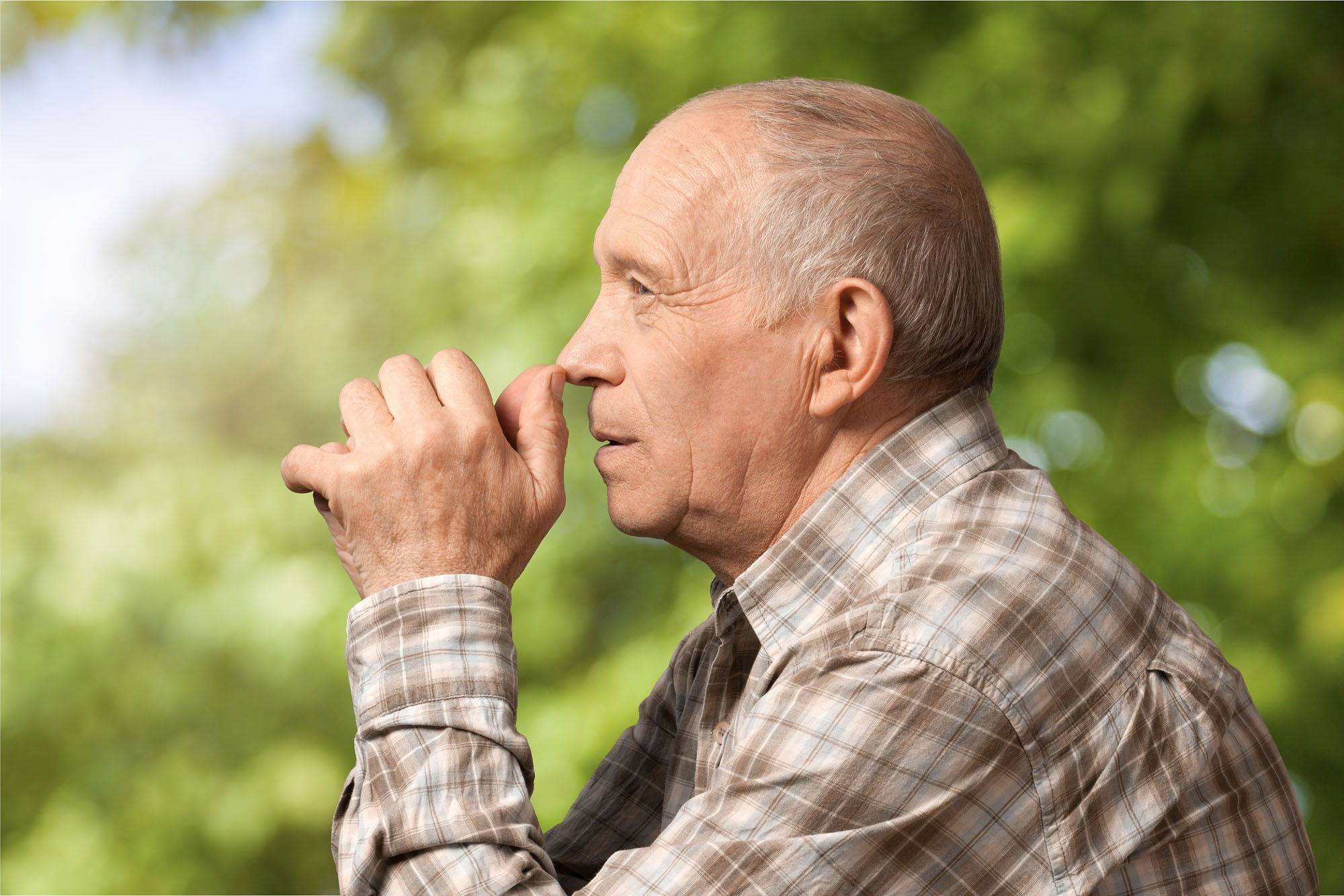 Some researchers at Montana State University have a light touch when it comes to unraveling the mysteries of the brain and exploring new ways to treat diseases like Alzheimer’s.

A team led by Anja Kunze, assistant professor in the Department of Electrical and Computer Engineering, uses tiny magnets to stretch small branches of individual brain cells in her lab.

“It’s a very gentle force,” Kunze said. “It would be like getting a massage.”

According to Kunze, relatively little is known about the mechanical forces that combine with chemical cues to guide brain development. But it’s thought that the forces play a significant role in learning and other brain function and that deterioration of the brain – such as that caused by Alzheimer’s – corresponds with a breakdown in those forces.

“You can go to the gym to tune your muscles, and possibly you can also train the brain to build new neural networks.”

“A dying brain cell doesn’t exert a force on its neighbors anymore,” potentially triggering degeneration in the neighboring cells as well, she said.

To stretch the neurons, which are derived from small samples of rat tissue, the researchers first soak them in a solution containing pieces of iron compound so small that they are measured by the nanometer – one-billionth of a meter, or roughly 100,000 times smaller than what the unaided human eye can see. Because the iron particles are so small, they can easily infuse the cells, Kunze said.

Her team then places small numbers of neurons on a dime-sized chip of glass that has been precisely imprinted with tiny dots of magnetic material. When the chip is placed in a device that generates a magnetic field, the dots concentrate the field and exert a force on the magnetized cells.

Derek Judge, a junior from Spokane who is majoring in electrical engineering, uses a computer program to model the magnetic forces and fine-tune the design of the chips, which he helps make at MSU’s Montana Microfabrication Facility. 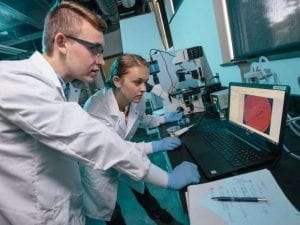 Derek Judge, left, examines a computer display of a dime-sized chip of glass, imprinted with tiny dots of magnetic material and used to research brain cells, in the Kunze Lab at Montana State University on Monday, July 24, 2017, in Bozeman, Montana. MSU Photo by Adrian Sanchez-Gonzalez

“There’s not a set path; I have to figure it out,” said Judge, who has worked in Kunze’s lab for more than a year with support from MSU’s Undergraduate Scholars Program and Montana INBRE, an Institutional Development Award program from National Institutes of Health housed at MSU. “That’s the best thing about working here.”

As the neurons stretch over the course of several days, the team uses powerful microscopes to observe how the cells change structure.

“This research, understanding how the brain works using electrical engineering principles, is a new area for our department, and that’s exciting,” said Todd Kaiser, head of the Department of Electrical and Computer Engineering in MSU’s Norm Asbjornson College of Engineering. “Some of the most interesting questions now deal with the interplay between disciplines.”

Besides providing clues about the fundamental workings of the brain, the research could lead to treatments for Alzheimer’s and other degenerative brain diseases, Kunze said. Patients could potentially ingest the magnetic nanoparticles and then an MRI or a similar device could be used to massage the neurons in order to stimulate new connections.

“You can go to the gym to tune your muscles, and possibly you can also train the brain to build new neural networks,” she said.