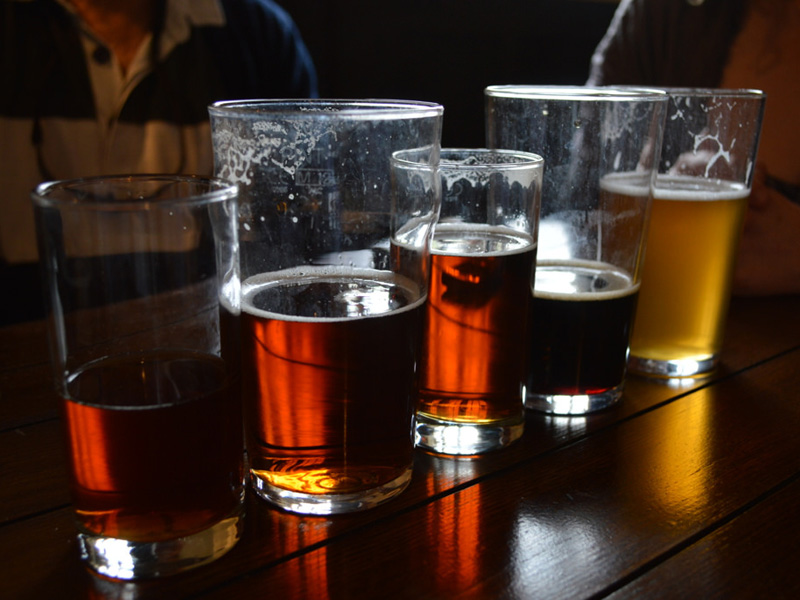 After an 11-minute training session and encouragement to continue practising mindfulness – which involves focusing on what’s happening in the present moment – heavy drinkers drank less over the next week than people who were taught relaxation techniques, according to the study published in the International Journal of Neuropsychopharmacology.

“We found that a very brief, simple exercise in mindfulness can help drinkers cut back, and the benefits can be seen quite quickly,” said the study’s lead author, Dr Sunjeev Kamboj (UCL Clinical Psychopharmacology Unit).

The researchers brought in 68 drinkers, who drink heavily but not to the point of having an alcohol use disorder.

Half of them were trained to practise mindfulness, which teaches a heightened awareness of one’s feelings and bodily sensations, so that they pay attention to cravings instead of suppressing them. They were told that by noticing bodily sensations, they could tolerate them as temporary events without needing to act on them. The training was delivered through audio recordings, and only took 11 minutes. At the end of the training participants were encouraged to continue practising the techniques for the next week.

The other half were taught relaxation strategies, chosen as a control condition that appeared to be just as credible as the mindfulness exercise for reducing alcohol use. The study was double-blind, meaning neither experimenters nor participants knew which strategy was being delivered.

“We used a highly controlled experimental design, to ensure that any benefits of mindfulness training were not likely explained by people believing it was a better treatment,” said co-author Dr Tom Freeman (Senior fellow of the Society for the Study of Addiction), who was part of the research team while based at UCL.

The mindfulness group drank 9.3 fewer units of alcohol (roughly equivalent to three pints of beer) in the following week compared to the week preceding the study, while there was no significant reduction in alcohol consumption among those who had learned relaxation techniques.

“Practising mindfulness can make a person more aware of their tendency to respond reflexively to urges. By being more aware of their cravings, we think the study participants were able to bring intention back into the equation, instead of automatically reaching for the drink when they feel a craving,” Dr Kamboj said.

Severe alcohol problems are often preceded by patterns of heavy drinking, so the researchers are hopeful that mindfulness could help to reduce drinking before more severe problems develop.

“Some might think that mindfulness is something that takes a long time to learn properly, so we found it encouraging that limited training and limited encouragement could have a significant effect to reduce alcohol consumption,” said co-author Damla Irez (UCL Clinical, Educational and Health Psychology).

“We’re hopeful that further studies will replicate our findings and provide more insight into how mindfulness training could be most effective in practice. Our team is also looking into how mindfulness might help people with other substance use problems,” said co-author Shirley Serfaty (UCL Clinical, Educational and Health Psychology).